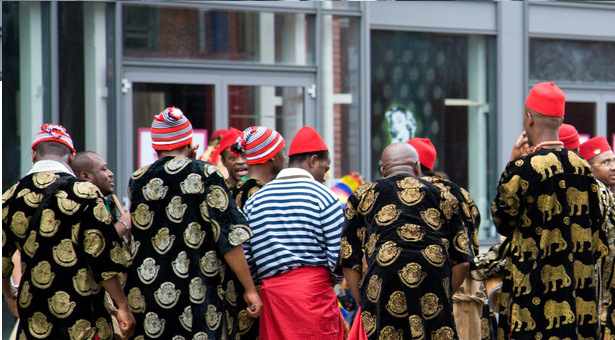 The Coalition of South East Youth Leaders, COSEYL, has issued a seven-day ultimatum to the Lagos State Government to tender an apology to indigenes of southeast who were recently attacked in the state.

Recall that on Thursday at Alaba International Market, Ojo, Lagos, some traders of Igbo extraction, who had closed down their shops to go and register for Permanent Voters Card, PVC, were reportedly assaulted by some hoodlums.

The incident has since continued to generate controversy among Nigerians, as some people believe the acts were politically motivated and sponsored, to disenfranchise the Igbos.

The President General of COSEYL, Goodluck Ibem, while reacting to the incident, via a statement, warned the masterminders of the acts to desist from such, insisting that the insult on the intelligence of Igbos must come to an end.

The group has also demanded that the assailants be arrested and prosecuted, affirming that the incident signals crisis in the state.

The statement partly reads, “We warn those thugs and their sponsors not to dare such attack again on Igbo traders or else they will meet a corresponding response. Nobody has the monopoly of violence. Enough of such insult on Ndigbo.

“We demand an apology to Ndigbo to Ndigbo within the next 7 days. Enough said!”