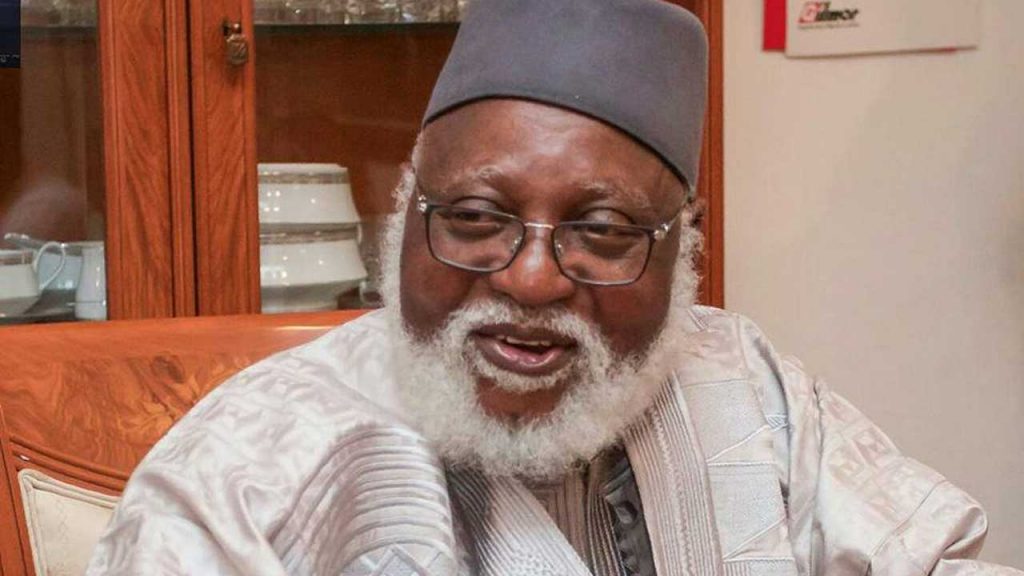 General Abdulsalami Abubakar, the former military Head of State, is said to have been seriously ill.

The former Nigerian leader may have suffered partial stroke.

Report has it that the retired army general was flown oversea about three weeks ago for medical attention.

At first, he was reportedly flown to Dubai, United Arab Emirate, UAE.

He’s reported to have been taken to another hospital in the United Kingdom (UK).

With Abubakar was his wife and former First Lady, Justice Fati Abubakar.

Abubakar Bello, his in-law who’s also the Governor of Niger State, was reported to have traveled oversea shortly after the presidential convention of the ruling All Progressives Congress (APC), to visit the former Nigerian head of state.

It was gathered that the Chairman of the National Peace Committee (NPC) is responding well to treatment, as doctors continue to monitor him.