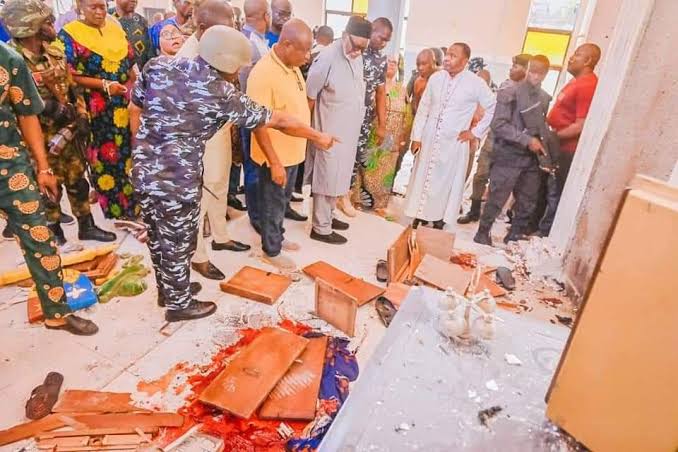 The Federal Government has revealed that men of the Islamic State of West Africa Province (ISWAP) are masterminders of the massive attack on a Catholic church in Owo, Ondo State.

Rauf Aregbesola, the Minister of Interior, made this revelation on Thursday while briefing newsmen, shortly after a meeting of the National Security Council which was presided over by President Muhammadu Buhari at the Presidential Villa in Abuja.

The minister, alongside the Inspector-General of Police, Alkali Baba Usman, said the government had ordered security agencies to hunt down the masterminders of the act and bring them to book.

The minister revealed that the group aimed at causing ethnic and religious discord among the people of the country.

He told Nigerians to remain united and conquer the terrorists.

MOUTHPIECE NGR had reported that dozens of worshippers were killed while others severely injured during a massive attack on St. Francis Catholic Church, Owo, Ondo state, on Sunday.