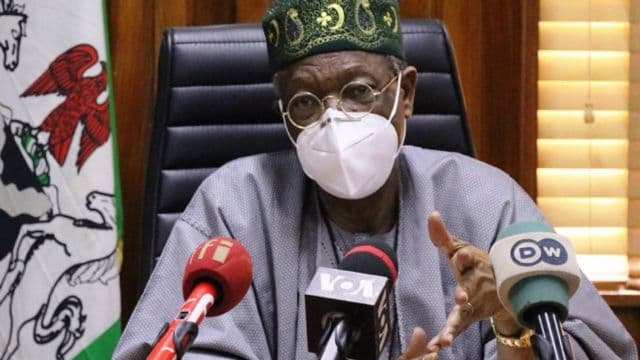 MOUTHPIECE NGR reports that the sum of N447bn has so far been given to 24 states by the current government as funds incurred on federal projects.

Lai Mohammed, the Minister of Information and Culture, has informed newsmen in Abuja, the country capital on Wednesday that the federal government approved N18bn refund for Yobe State out of the N20bn bill it forwarded.

He said most of the states would have gone bankrupt but the bail out funds by the government have been of great benefits to them.

The minister said the money was different from the bailout.

“By doing so, now they’re given a longer term to pay the loan and lower interest. So, these are some of the things that the federal government has been doing to ensure that there’s stability and everybody is happy, irrespective of whether you are APC or PDP.”