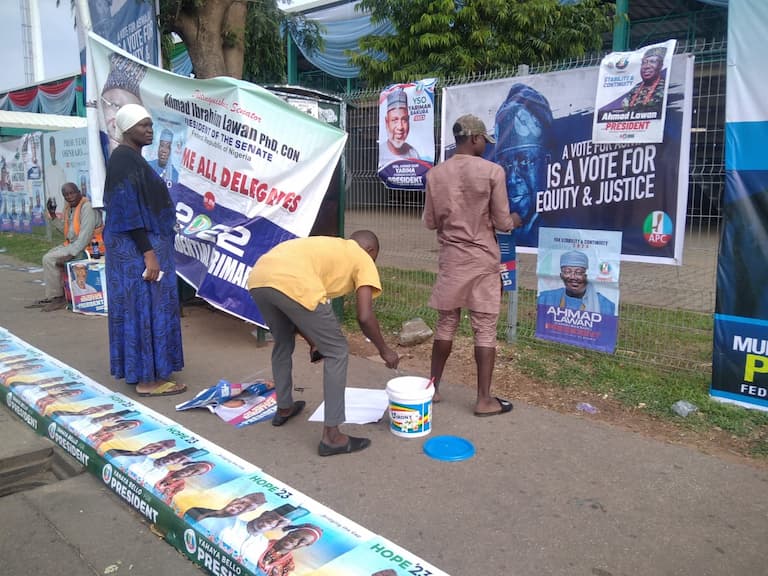 The campaign posters of the presidential aspirants of the ruling, All Progressives Congress, APC has filled the nooks and corners of the venue of the primary elections, Eagle Square in Abuja.

It seems the presidential aspirants had devised this method of campaign to seek the acceptance of the delegates and stakeholders of the party.

The campaign poster of the former governor of Lagos state, Asiwaju Bola Ahmed Tinubu is dramatic, as it shows him giving a knock out blow to a smiling presidential candidate of the main opposition party, People’s Democratic Party, PDP, Atiku Abubakar.