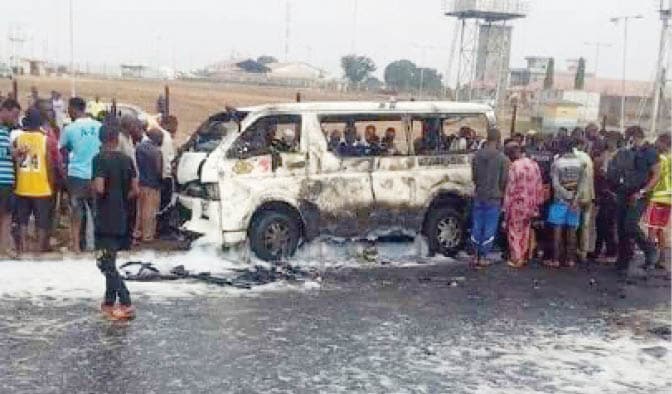 Three persons were on Monday lost to motor accident in Bayelsa State.

They were reportedly burnt to ashes in the accident along the Opokuma axis of the East/West Road at Koluama/Opokuma Local Government Area of Bayelsa State.

It was gathered that three other survivors, including a police constable, have been hospitalized for necessary treatment.

The residents revealed that the accident happened at about 5pm.

Witnesses told newsmen that the Camry car was filled with petroleum products which triggered the explosion and fire.

The spokesman of the police in Bayelsa State, SP Asinim Butswat, while confirming the accident, said two men and a woman, who lost their lives to the sad incident, were burnt beyond recognition.