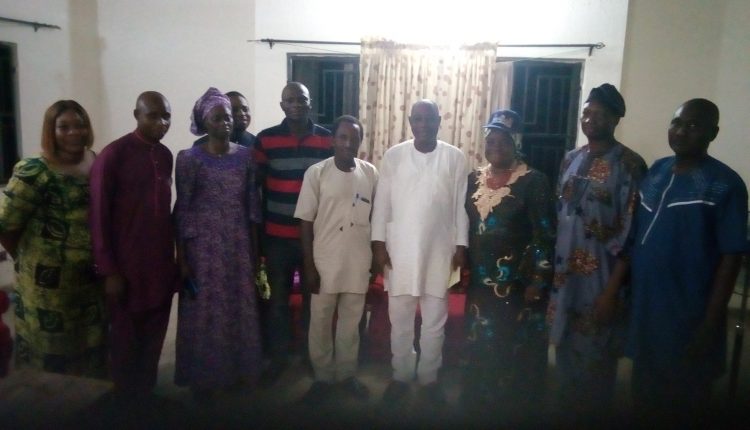 The Christian Association of Nigeria and representatives of Traditional worshipers in Irepo local government area of Oyo state have assured Barrister Bayo Lawal of their supports ahead of the 2023 general elections.

The duo made the pledge on Sunday during their courtesy visits to congratulate him on his nomination as the deputy governorship candidate of Peoples Democratic Party.

Pastor Oladele Daniel who spoke on behalf of the Christian Association described the Baamofin of Kisiland as a pious Muslim who doesn’t discriminate  against any other religion.

“Despite upholding the norms and values of Islam, you are not someone that discriminate. You are not a religious bigot. We appreciate you”.

“We bring good tidings to you and your family, we congratulate you on behalf of the Christian community in Irepo local government on your nomination as the running mate to Governor Seyi Makinde who has been piloting the affairs of the state in the right direction.

“We have always supported you in your political journey but on this particular mandate, we pray that Almighty God will make it a reality to compensate we Kishi indigenes on your previous mandates that were hijacked when you clearly won.

“You’re our amiable son and leader in Kishi, we are not bastards, it is not possible for us to vote against our son, your success at the polls will be our gain and the unborn generation.

In a separate development, a group of traditional worshipers led by Oluwo Ilukishi, Abiodun Abioye in Irepo Local Government also pledged their unflinching support for the emergence of Governor Seyi Makinde and his running mate, Barrister Bayo Lawal in the forthcoming election.

While praying for the governor and his running mate, they vowed to get their voters card ready to ensure victory at the poll.

The deputy Governorship candidate in his remarks thanked the Christian Association and Traditional worshipers for always being thoughtful and identifying with him since his political journey.

He promised not to abandon them, saying as a true Muslim, his religion teaches him to be accommodating and to tolerate one another.”

His wife, Mrs Ajibola Lawal, who also played host to them commended them for their support, urging the CAN leaders in Irepo Local Government and the traditional worshipers to mobilize their members in their thousands to register for their pvc to actualize the project (Makinde/Lawal joint ticket).