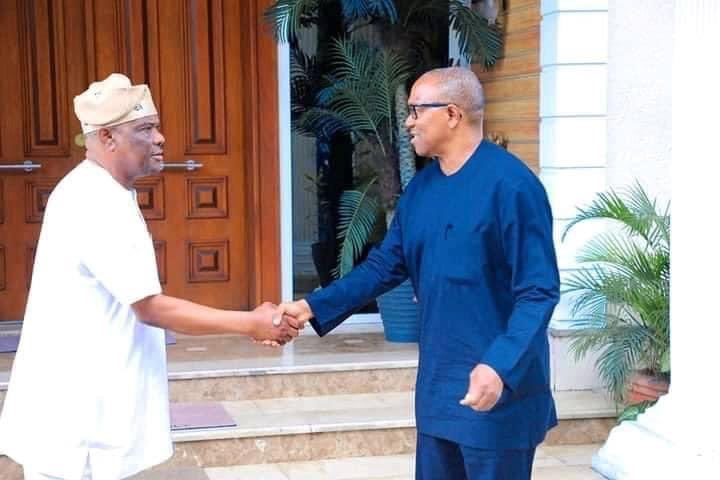 The presidential candidate of the Labour Party, LP, Peter Obi, on Wednesday, paid a visit to the Governor of Rivers State, Nyesom Wike at his residence.

It was gathered that as soon as his visitor arrived, Wike took Peter Obi inside where they had a closed door meeting in Port Harcourt, the state capital.

The former minister of education (state) has not yet reacted to the appointment of the Governor of Delta State, Ifeanyi Okowa as the running mate of Alhaji Atiku Abubakar.

There have also been speculations that Governor Wike is planning to leave the PDP.

The duo, however, did not disclose the content of the meeting, as newsmen were not given access.