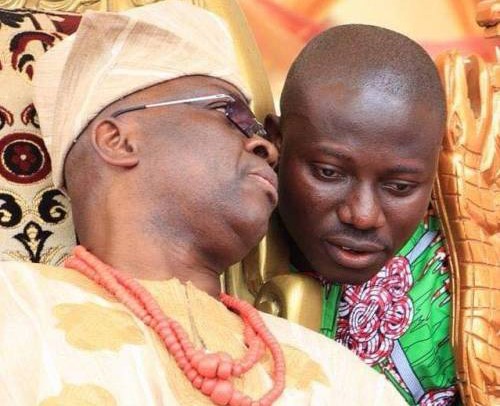 Anifowose’s exit from Fayose’s camp swells the number of loyalists that have deserted him citing one form of alleged betrayal or another.

The list of the departed loyalists includes Hon. Samuel Omotosho, his former personal physician, and very close ally, Barr. Dipo Anisulowo, his Chief of Staff during his second term as Governor; and most recently Prof. Olusola Eleka, his Deputy Governor during his second year in office.

“This happened when Fayose sent an SOS message to some of his core supporters that Mr. Sunshine should never be seen close to his NTS hotel at Ado Ekiti henceforth, for daring to go against his order to vote for Rivers State Governor, Mr. Nyesom Wike.”

The source revealed that Fayose is upset and very angry with some delegates from Ekiti who voted for Atiku, against his choice, adding that: “Fayose is still making his findings to know the number of delegates from Ekiti that flouted his order, but since Sunshine’s vote for Atiku is clearly confirmed, Fayose has vowed to deal with him seriously for such action, despite the immediate verbal molestation and harassment of Sunshine on Saturday evening by Fayose at the Abuja hotel, where the state delegates were lodged.”

Confirming the information, one of the Assistant officers of the State Working Committee (SWC) said Fayose will not spare Sunshine and others who voted for Atiku against Wike. They disgraced Fayose, and they will be punished severely for the disrespect, the source said.

Several attempts to speak with the sacked aide proved abortive as his phone number didn’t go through. But when asked about his reaction to the development, media aide to Fayose, Lere Olayinka denied it.

Mouthpiece NGR understands that Mr Ayo Fayose was among those that congratulated Alhaji Atiku Abubakar on Tuesday.

“I congratulate former VP Atiku Abubakar over his emergence as the PDP presidential candidate. I also commend Governor Nyesom Wike for remaining consistent in action and character,” Fayose tweeted.