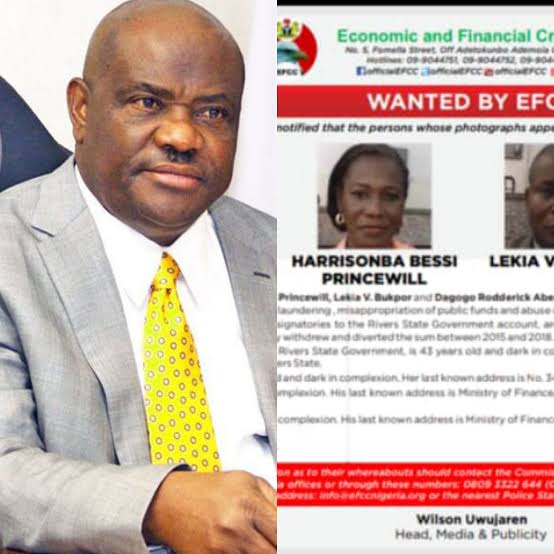 He was declared wanted alongside three other Rivers State government officials on Monday.

Siminayi, a gubernatorial candidate, is wanted in connection with a suspected N117 billion scam, an alleged criminal conspiracy, money laundering, theft of public funds, and abuse of power.

The EFCC also named Maxwell Odum of the defunct MBA Forex wanted on a wanted list posted on its website for allegedly scamming investors of N213 billion.

The suspects were declared wanted by the EFCC for offences ranging from money laundering to obtaining money by false pretence, fraud, internet-related offences and issuance of dud cheques.

Fubara Siminayi is one of the Governorship Aspirants vying to succeed Governor Nyesom Wike.

They are among 50 suspects declared wanted as published on the EFCC website and signed by it Spokesman, Wilson Uwugaren.