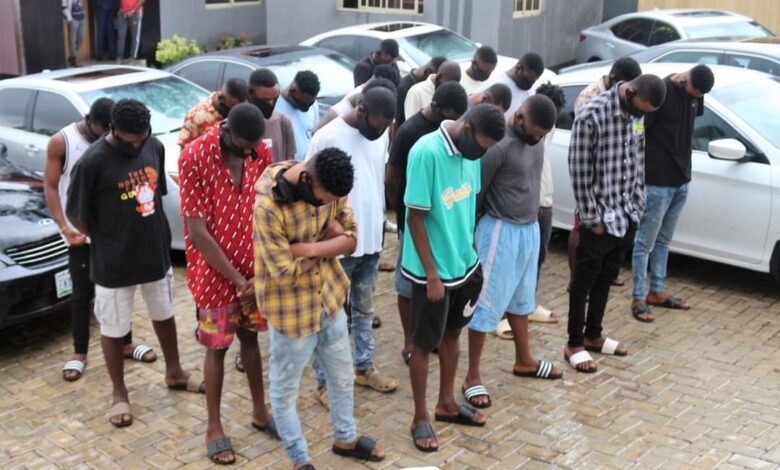 The suspects were arrested on Thursday May 12, 2022 at Apata, Jericho and Ire Akari Estate areas of Ibadan following credible intelligence on their alleged computer fraud-related activities.

Sixteen of the suspects were indicted by forensic analyses carried out on their devices and the incriminating documents recovered from them.