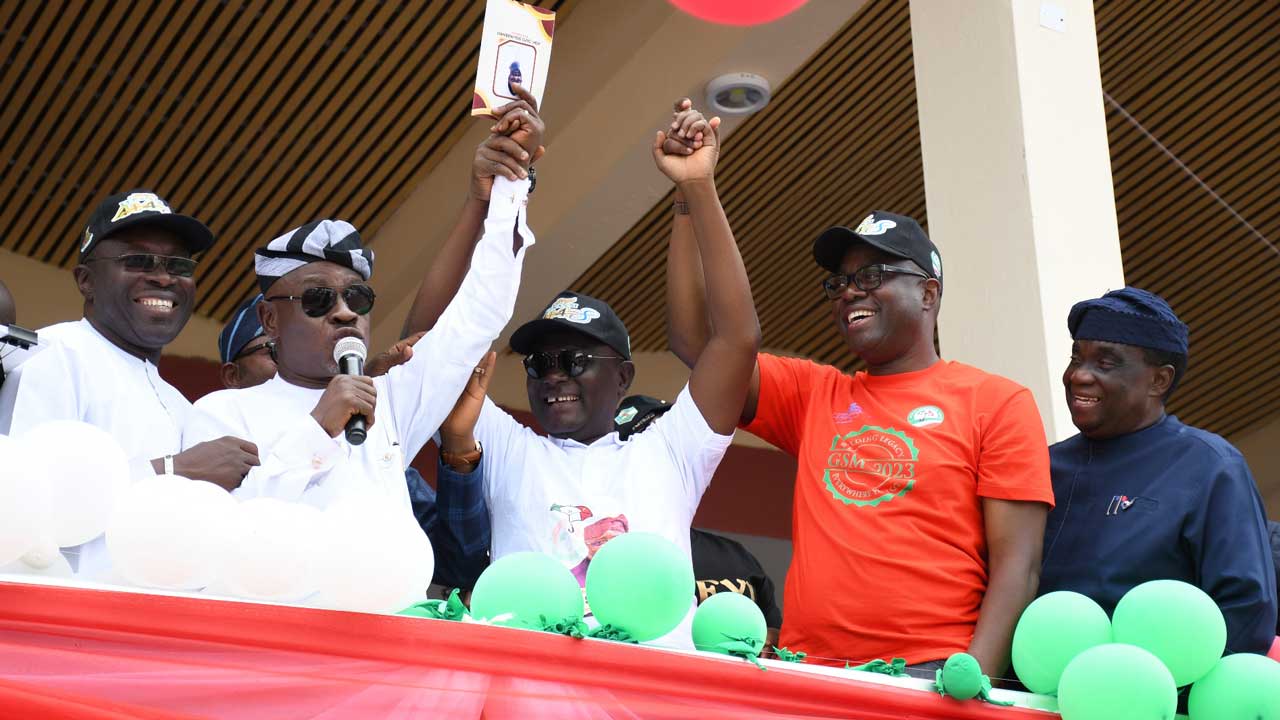 The former Minister of State for FCT, Oloye Jumoke Akinjide has congratulated Governor Seyi Makinde on his landslide victory at the just concluded primary elections.

Akinjide said Makinde’s emergence as the party flag bearer is well deserved, adding that it is a testimony of his wide acceptance by the people and affirmation of his leadership acumen.

This was contained in a congratulatory message personally signed by the former State minister of FCT, Oloye Olajumoke Akinjide and made available to the press today in Ibadan.

The Iya yeye of Ona Ara, said nothing short of victory would have been expected from a performing  Governor who has been  impacting on people lives in different ways and not resting on his oars.

His emergence, the former Minister added “is a precursor to overwhelming votes that the  party  will  poll in the general elections  as not only the delegates but the entire populace are truly pleased with his accomplishments and will want him to continue with his laudable feats.

Oloye Olajumoke Akinjide commends the delegates for voting enmass for the  Governor.