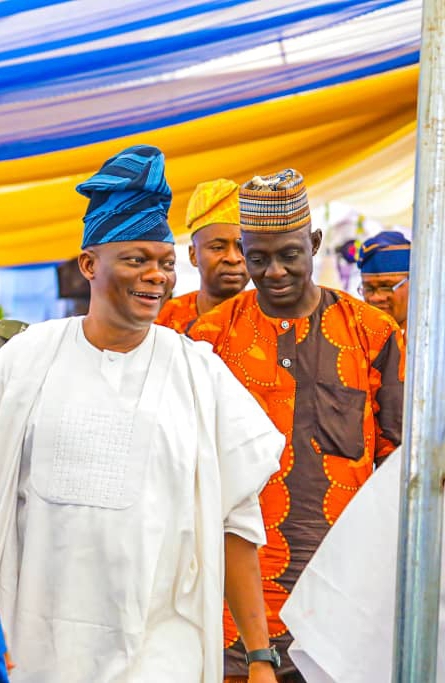 A Social Group known as Ifesowapo in Ayegun area of Ogbomoso South Local Government on Sunday threw its weight behind the Governorship aspirant of All Progressives Congress in Oyo State, Senator Teslim Folarin, describing him as best man for the coveted position.

The group who are hundred in numbers promised to cast their votes for Teslim Folarin when Engr. Adedeji Akande surfaced at their meeting.

They said Oloye Teslim has beyond reasonable doubt, proved his mettle to lead Oyo State to greater heights based on his contributions to Oyo State especially the Senatorial district he currently represents.

While speaking, Engineer Akande, Former Commissioner for Physical Planning and Urban Development said Senator Folarin has in every way, justified the confidence reposed in him by the party, stressing that he will tackle security challenges and create job opportunities.

In his remarks, the group coordinator simply identified as Mr Tayo thanked Deji Akande the crusader of Teslim Folarin movement in Ogbomoso for identifying with them.

He pledged that the group will give full support to Senator Teslim Folarin and ensure his victory at the poll.