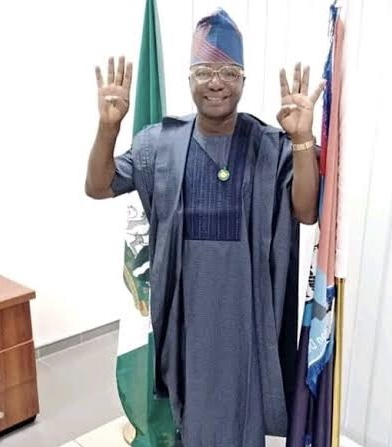 The crisis rocking the All Progressives Congress Party APC in Oyo State, may not end anytime soon, just as the Lawmaker representing Ogbomoso North, South and Orire Federal Constituency, Hon.Captain Ajao Jacob Adejumo will officially resign his membership of the party today.

The resignation of the reps member was contained in a letter addressed to the chairman of the party in which a copy was obtained by Mouthpiece NGR at the early hour today.

Recall that this medium had last week Thursday reported that some stakeholders of All Progressives Congress in Ogbomoso zone have unilaterally picked son of late Governor of Oyo State, Otunba Alao Akala as the party candidate for House of Representatives in 2023 general election.

A source within APC revealed to Mouthpiece NGR that Olamijuwon’s name was penned down at a stakeholders meeting held at Brymo House on Wednesday.

Mouthpiece NGR learnt that Ajao resignation’s letter dated 23 May, 2022, is expected to be submitted today to the chairman of his ward.

Although the Vice-Chairman House Committee on Navy did not stated his reason for leaving the party but there are indications that he may seek re-election under another party.

When contacted, a close source who pleaded on the condition of anonymity revealed that Hon. Jacob Adejumo will empower constituents with N350m today in which party members and loyalists will also benefit.