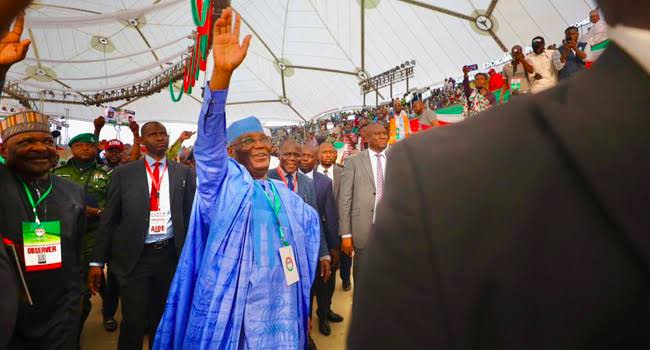 Former Vice President Atiku Abubakar has been elected as the Peoples Democratic Party’s flagbearer for the 2023 presidential election.

It will be the 75-year-old’s sixth attempt for the nation’s top job.

Atiku who was the party Presidential candidate in 2019 received the highest number of votes in the exercise which was held in Abuja on Saturday.