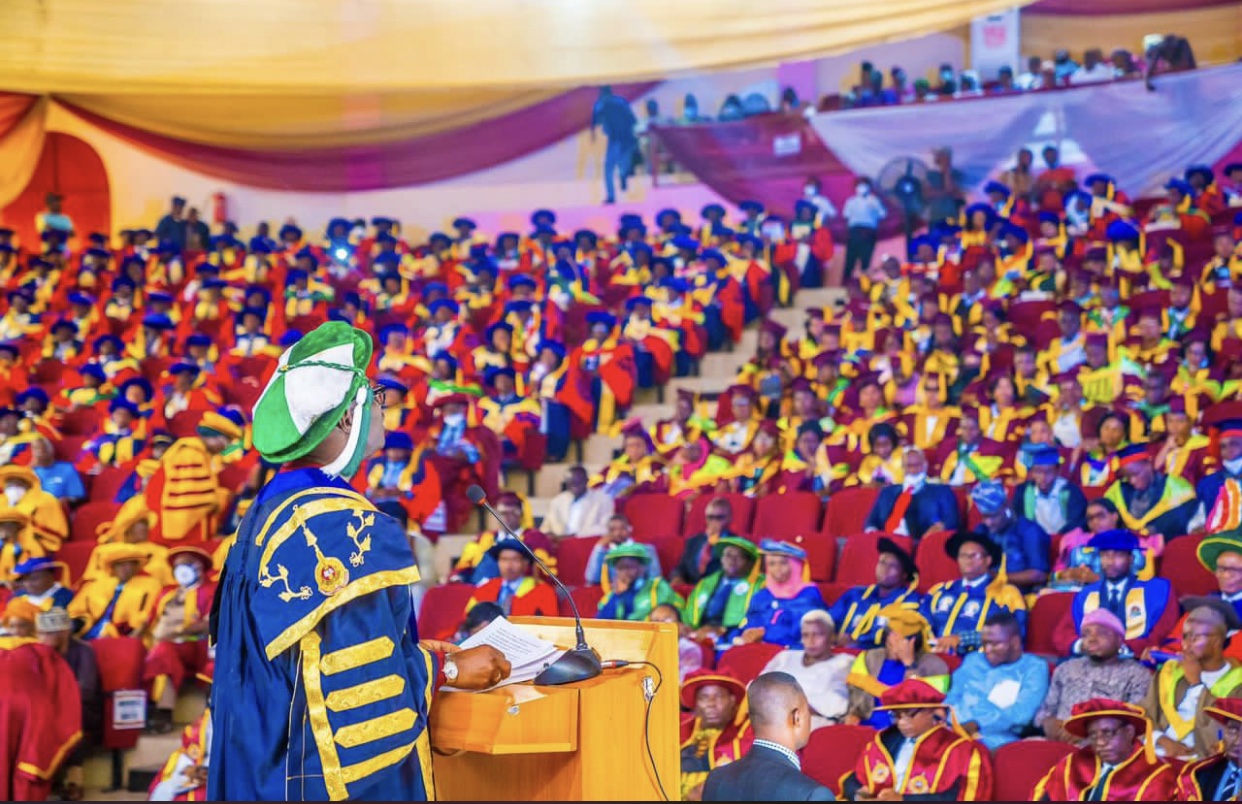 Oyo State Governor, ‘Seyi Makinde, on Saturday, said that Nigerians must learn to make wise electoral decisions, as according to him, wrong electoral choices are capable of ruining the future of our younger ones.

The governor, who was speaking at the 14th Combined Special Convocation Ceremonies for Admission to Higher and Honorary Degrees, held at the University’s Campus in Ogbomoso, said that it was deplorable that the institution was holding its first convocation in six years.

A statement by the Chief Press Secretary to the governor, Mr. Taiwo Adisa, indicated that the governor charged the graduands from 2015 to 2021 to be resilient, focused and determined to subdue the challenges of life.

The statement also quoted Governor Makinde as saying that the convocation ceremony presented an opportunity to celebrate the good decisions made by the state government under his leadership.

The governor, who lamented how wrong electoral choices of the past had wasted the time of the teeming students and affected their opportunities, explained that electoral choices made today will have effect on the future and also affect the number of years children will spend at the universities.

He charged Nigerians to make informed and guided decisions in the 2023 general elections.

He said: “We are here today to witness the 14th convocation ceremony of the Ladoke Akintola University of Technology. As has been acknowledged by other speakers, this is a convocation like no other. It is a joint convocation of graduands from 2015 down to 2021. “Seeing you all seated here to receive your certificates, some have waited seven years for this moment.

“One of the reasons we are having a joint convocation ceremony is the electoral choices we made or did not make some years ago. And next year, we will be facing a similar choice. When we make electoral decisions, we may not think those choices will affect how many years our children spend at the university. Well, here we are.

“But today is not a day to talk about wrong choices of the past but to celebrate the good decisions of the present. It is a day to be merry, because this is a milestone moment for some of the graduates. Today is a day to celebrate new beginnings.”

Governor Makinde, while admonishing the graduating students to be resilient and ready to face the reality the world outside the campus presents, said they must be prepared in practical times to face real life situations.

“After spending all these years studying various courses, it is now time to test how prepared you are in practical terms and how equipped you are to face real-life situations. So, I am going to ask, are you ready to face the real world?

“I am going to share with you something that you will need in this next phase of your life – resilience because it is going to be challenging.

“You are leaving here with high hopes, believing you have all it takes to take on the world. But if you aspire for great things, you will face many challenges. In fact, I would say that if you are not challenged, you probably have not aspired high enough.

“So, you will need resilience to recover quickly from challenging or disappointing situations and try again. Without resilience, some of us would not be where we are today. I was a successful businessman before I decided to get into politics.

“Like you, I faced new terrain. I failed so many times at it. But each failure was a call to try a new strategy. Did I feel like quitting sometimes? Yes. But resilience kept me going. And today, here I am addressing you as the Visitor to this university and Governor of Oyo State,” he charged.

Speaking on the accomplishments recorded by the University in the last three years of his administration, the governor said: “Look what great things we have accomplished here: LAUTECH is solely owned by the Oyo State Government. And let me use this opportunity to appreciate those who made this happen. We will be honouring them along with others receiving Honorary Degrees today.

“We have reduced school fees by 25 per cent. LAUTECH now has 13 recently approved degree courses by the National Universities Commission. In the World Scientist and University Rankings 2022, LAUTECH is ranked the ninth-best university in Nigeria and 67th in Africa, up 7 places from 2021.

“Admissions into the university have almost doubled. Also, as the Pro-Chancellor mentioned in his speech, at the point of taking over administration of this university, they met a backlog of payments which they have been working to defray.

“And let us not forget, we are having a convocation after a six-year break and we will be commissioning the Innovation Technology Hub right here on campus.

“Imagine if we had thought: why pursue sole ownership of LAUTECH now? They will never agree.

“Also, what if we had made excuses and said we would not take the multi-campus approach towards expanding the activities of this great institution. If we are not determined, would we have the College of Agricultural Sciences and Renewable Natural Resources at Iseyin?”

The governor hinted that his administration will remain focused on engineering a modern Oyo State and creating an enabling environment for growth and development.

He added that his government would continue to increase youths’ chances of getting better jobs by attracting more private investors into Oyo State and also continue to invest in projects that can help them become more innovative and creative entrepreneurs.

Earlier, the Pro-chancellor and Chairman Governing Council, Prof. Ayodeji Omole, commended the Governor Makinde-led administration in the state, saying that eight months salary arrears inherited by the Council has been cleared.

He added members of staff were being promoted as and when due, while all categories of workers in LAUTECH continue to enjoy regular payment of salary as stipulated by the governor.

“Let me, once again, eulogise the governor by saying that today’s event is further evidence that pursuance of qualitative education is one of your priorities. This event is a milestone for you, the University and Oyo State,” Omole said.