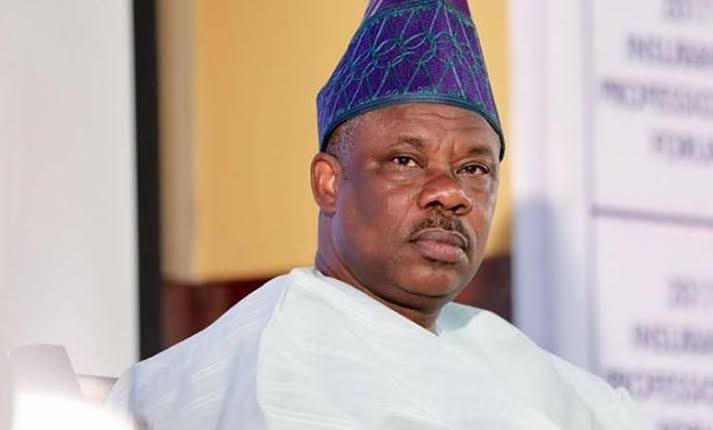 Amosun in a letter read by Senate President Ahmad Lawan at plenary said he will declare for the race on May 5 at the Musa Yar’Adua Centre in Abuja.

It was learnt that Mr Abiodun’s declaration for the vice president has dealt an apparent blow to Bola Tinubu, another APC presidential aspirant, who has been banking on the governor’s support in the southwest region.

Mr Osinbajo arrived Ogun State on Tuesday in continuation of his nationwide consultation with key personalities and party delegates ahead of next month’s presidential primaries.

During a meeting with Mr Abiodun at the Presidential Lodge, Ibara, Abeokuta, the governor said the vice president is “eminently qualified” to lead the country.

Amosun is the third Senator of the APC extraction to join the presidential race.

Senators Rochas Okorocha and Orji Uzor Kalu had announced their bid for the presidency earlier.