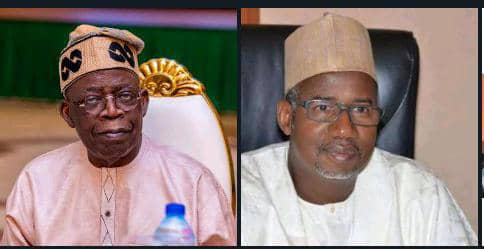 Governor Bala Mohammed of Bauchi State has said if Bola Tinubu, presidential aspirant of the All Progressives Congress (APC), contested under the Peoples Democratic Party (PDP), he would get the presidential ticket in 2023.

Mohammed said this while speaking on ARISE TV.

Speaking about the iftar he had attended which was hosted by Aisha Buhari, said he had met Tinubu among other prominent Nigerians, and that he discussed certain things with the former Lagos governor.

“I knew it was an opportunity to meet other eminent Nigerians who are stepping out to present themselves. And I was lucky I met Asiwaju Bola Tinubu, we discussed, he was calling me consensus and I told him that: ‘if you were in PDP we would have just given you the ticket because we knew that without you Buhari wouldn’t have been a president’ and so in PDP we recognise contributions.”

“We have some people in Nigeria that we must recognise and it was definitely a good outing for me yesterday. The First Lady is a unifier. She has shown that she is a mother of the nation and all the presidential aspirants not only in PDP, APC but all the other parties were there. It was an opportunity to show that I’m really a product of consensus or closing rank irrespective of party differences,” he said.