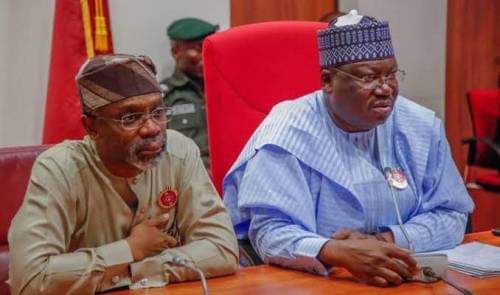 At the meeting, Senate President Ahmed Lawan and House of Representatives Speaker Femi Gbajabiamila asked the APC leadership to consider automatic tickets for those they called performing National Assembly members.

They argued that going by the harmonious working relationship between the leadership of the National Assembly and the Executive, it would not be out of place if such lawmakers were given special treatment.

Lawan said: “We expect our party to note that we have done so much in terms of performance and working cooperatively and assiduously with the Executive and all leaders in government from the realization of our mandate for our manifestoes, policies, and programs of our government. I think the National Assembly members of APC deserved a special treat as the Honourable Speaker said.

“If someone has made the zeal, I believe it is time for another term for that person.

“I believe that it is the experience that members of the National Assembly have gathered that made them perform well. So, I like to say they deserve another term.”

But unfortunately, it’s not considered in the NEC meeting and the APC party chairman clearly stated that all Governors should be in charge of their state as you are leaders of your state and do not allow anyone to control it for them, in addition, he asks all the state party chairmen to produce the delegates for the next coming primaries.In summary, No automatic ticket for any candidate, go and show your popularity at the pull.