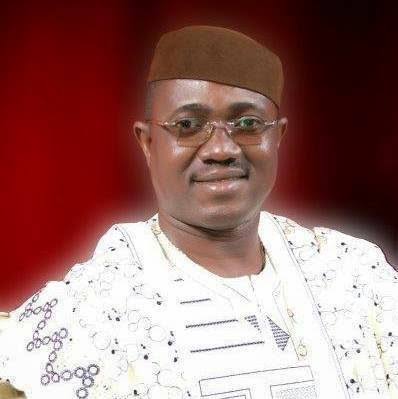 The Executive Chairman, Oyo pacesetters Transport Company, Hon. Dare Adeleke has blasted a faceless and cowardly group which calls itself the Lagos PDP Whistle Blowers for circulating a piece of filthy material blotched with falsehood, misinformation and hate against His Excellency, Engr Seyi Makinde, the Executive Governor of Lagos State and the PDP South West leader.

Adeleke in a statement made available to Mouthpiece NGR on Wednesday said the groups are the same disingenuous characters who almost dismantled the PDP in the South West, all for pecuniary gains.

It reads “For crumbs which fall out of the table of their Lagos ‘landlord’ they became Judases willing to sell the PDP for a few pieces of silver.”

In their repulsive piece of puke, these repugnant characters displayed how awfully shameless they are.

“We all remember how in the Ondo elections, these delusional characters put up a deceitful front which was clearly aimed at selling the party out to the opposition, their Lagos godfather, in the 2023 elections.”

“These shady men who are barking in the shadow, are akin to the thief who turns back to shout thief, when he is cornered. Do they think that people forget easily?
We know who you are and who you represent, you so called PDP Whistle blower.”

“It must be emphasized that Seyi Makinde brought peace to the PDP in the South West despite all obstacles thrown by some unscrupulous elements now disguising as whistle blowers.”

“I would let it be known today, that nobody can pressure the party in the South West into doing their bid and kowtowing to thier sinister ambition of delivering the South West to their paymaster, Ahmed Tinubu.”

“You dare to accuse the governor of attempting to hijack delegates without backing up your baseless claims with facts. Anyone who reads through your flippant wishy washy waste of ink would know that you were paid for the watery hatchet job.”

“As the former Secretary, National Convention Committee and South West leader respectively,
Makinde and the Deputy National Chairman, (South), Taofeeq Arapaja should be given the freedom to do the job, while adhering to party rules and election guidelines, without being subjected to malicious misinformation and character defamation.”

“It is the lowest of beings who disguises in cowardly clothes to bear false witness against his neighbour.
As I have said before, we know who you are and I can assure you, that as you failed in Ondo, Osun, Ogun, Oyo, you shall continue to fail.”

“I hereby advice the National party executives, the NWC and the election committee to disregard the fabricated information signed by the so called Lagos PDP Whistle Blowers and regard it as what it is, LIES from the pit of HEL.”