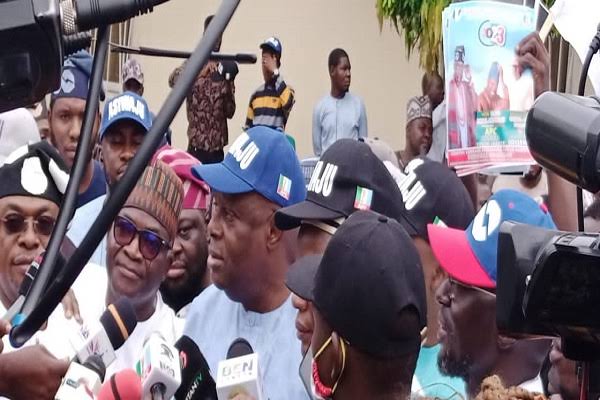 AHEAD of 2023 elections, a political group, Tinubu Support Groups (TSG) on Friday picked the presidential nomination forms for National Leader of the All Progressives Congress(APC) Asiwaju Bola Ahmed Tinubu.

The group led by House of Representatives member for Ikeja constituency James Faleke also picked the nomination form for Lagos Governor Babajide Sanwo-Olu, who is seeking second term in office.

The forms were picked at the International Conference Centre Abuja.

Speaking with newsmen shortly after picking the forms, former Secretary to the Government of the Federation (SGF) Babashir Lawal, said the Tinubu’s camp was not afraid of other presidential aspirants in the ruling party.