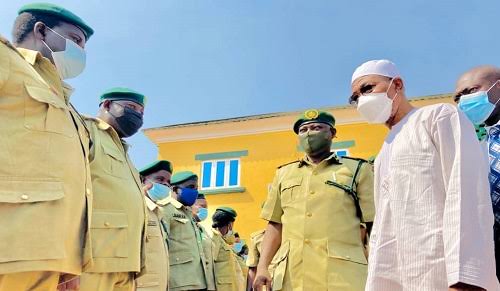 Nigeria Minister of Interior, Rauf Aregbesola has ordered prison officers to shoot on sight anybody who attempts to attack any correctional centre.

The minister gave this order on Monday, while inspecting the facility @ Agodi Custodial Centre, Ibadan.

He said the officer must make it impossible for anyone to penetrate the facility because it is a red zone.

Aregbesola said any attack on any correctional centre is an attack on the state and such must never be allowed again.

The minister said any attempt to attack correctional centres should be a suicide attempt and perpetrators must not be allowed to live to tell the story.

“It is a red zone, dangerous zone. Whoever attempts to breach the security here is already dead. He must not live to tell the story. Other people will tell his or her story.