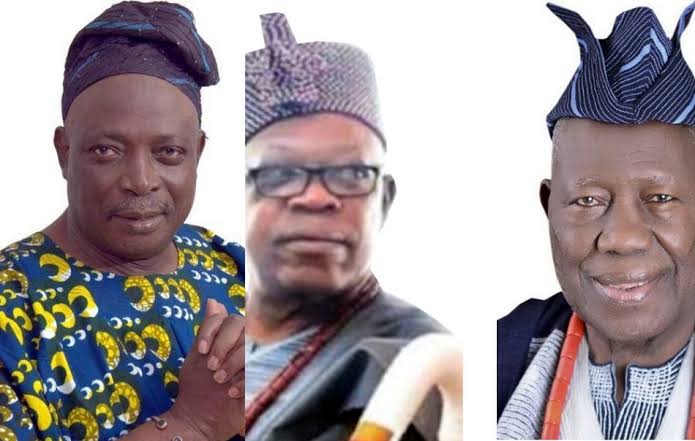 Contrary to last Wednesday’s announcement that a new candidate for the vacant stool of the Olubadan of Ibadanland had been chosen, kingmakers statutorily empowered to take the decision will be meeting on Tuesday to pick the next Olubadan, Saturday Tribune can authoritatively report.

On Wednesday, some members of the Olubadan-in-Council converged on Mapo Hall and selected the Otun Olubadan, Chief Lekan Balogun, as the next Olubadan, being the most senior in the Civil Line that lawfully has the right to fill the vacancy.

But a circular of Ibadan kingmakers’ meeting, a copy of which was seen by Saturday Tribune on Friday, showed that a meeting of the kingmakers has been summoned for the Olubadan palace at Oja’ba, Ibadan, for 11.00 a.m. on Tuesday next week.

The circular with reference number OAC/1/260/72 and dated January 6, 2022, was signed by the secretary to the Olubadan Advisory Council, K. Liasu.

Addressed to all members, the letter entitled ‘Invitation to a Meeting of Ibadan Kingmakers’, reads: “I have been directed to invite you to a meeting of the Ibadan Kingmakers scheduled to hold as follows: Venue: Olubadan Palace, Oja’ba, Ibadan. Date: Tuesday, 11th January 2022. Time: 11:00 a.m. prompt.Please attend personally and be punctual. Thanks.”

The sole business of the meeting, according to the letter, is “filling of the vacant stool of the Olubadan of Ibadanland.”

According to the Olubadan Chieftaincy Declaration of 1957, which is the law guiding the selection of a new Olubadan, there are 11 kingmakers.

Currently, the position of the Seriki of Ibadanland is vacant while the Iyalode may not be unavailable because she is outside the state.

Kingmakers are required by law to forward the name of the next Olubadan to the state government within 14 days from the death of the Olubadan.

On the meeting held at Mapo Hall by some members of theOlubadan-in-Council last Wednesday, a former Attorney General of the state, Michael Lana, described it as invalid, having been attended by those who had no business being there.

“A lot of things were wrong with that meeting and those things make the meeting invalid. Firstly, under the Olubadan Chieftaincy Declaration, when they want to nominate a person to become the Olubadan, the person to be nominated must not be part of the meeting.

“Senator Lekan Balogun was part of the meeting on Wednesday. That makes it seriously illegal. Secondly, the Iyalode, representing the womenfolk of Ibadan, Nmust be there just to say that even Ibadan women are part and parcel of the selection process.

“The Iyalode was not there. Thirdly, the Ekarun Balogun and Ekarun Olubadan that were there are not part of the kingmakers under the Ibadan Chieftaincy Declaration. That is why I asked the question when news reports said 10 out of 11 chiefs endorsed a candidate and I asked ‘which 10’? The 11th person is Seriki and nobody is holding that position for now.

“Actually they are 10 and the question is: where are the 10? Fourthly, it is the most senior in the line that would nominate the eligible person. The Osi should nominate the Otun and Chief Rashidi Ladoja should have done that. Where was he? Who did the nomination? So, what they did on Wednesday was a comedy,” he said