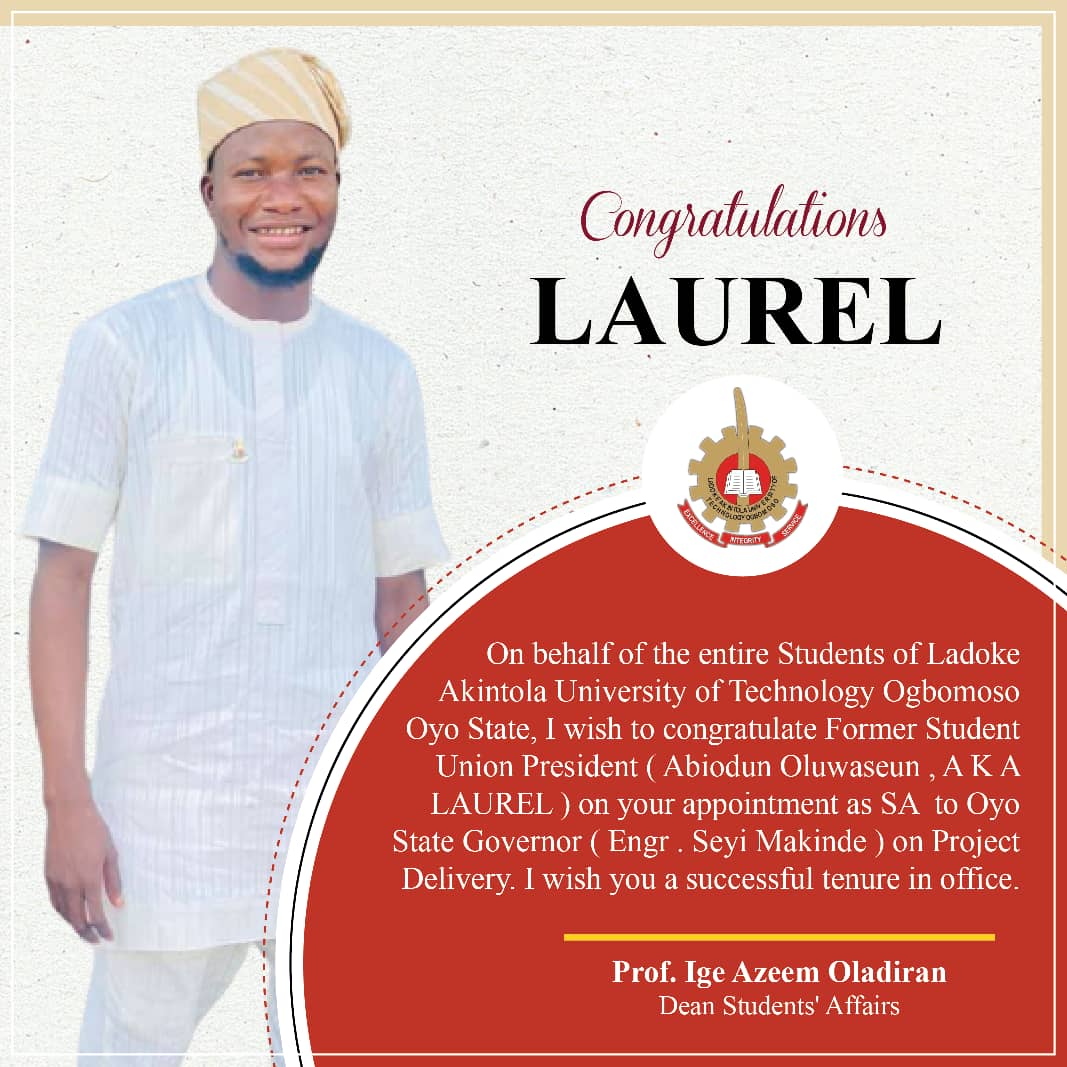 Abiodun popularly known as LAUREL received his letter of appointment alongside other appointees last Thursday at secretariat.

In a statement signed by the Dean Students Affairs, Professor Azeem urged students to get actively involved in politics to be able to contribute their quota to national development.

While urging him to prove the Governor right through his performances in office, he advised him not to allow the pecks of office to control him and be receptive to ideas from people.