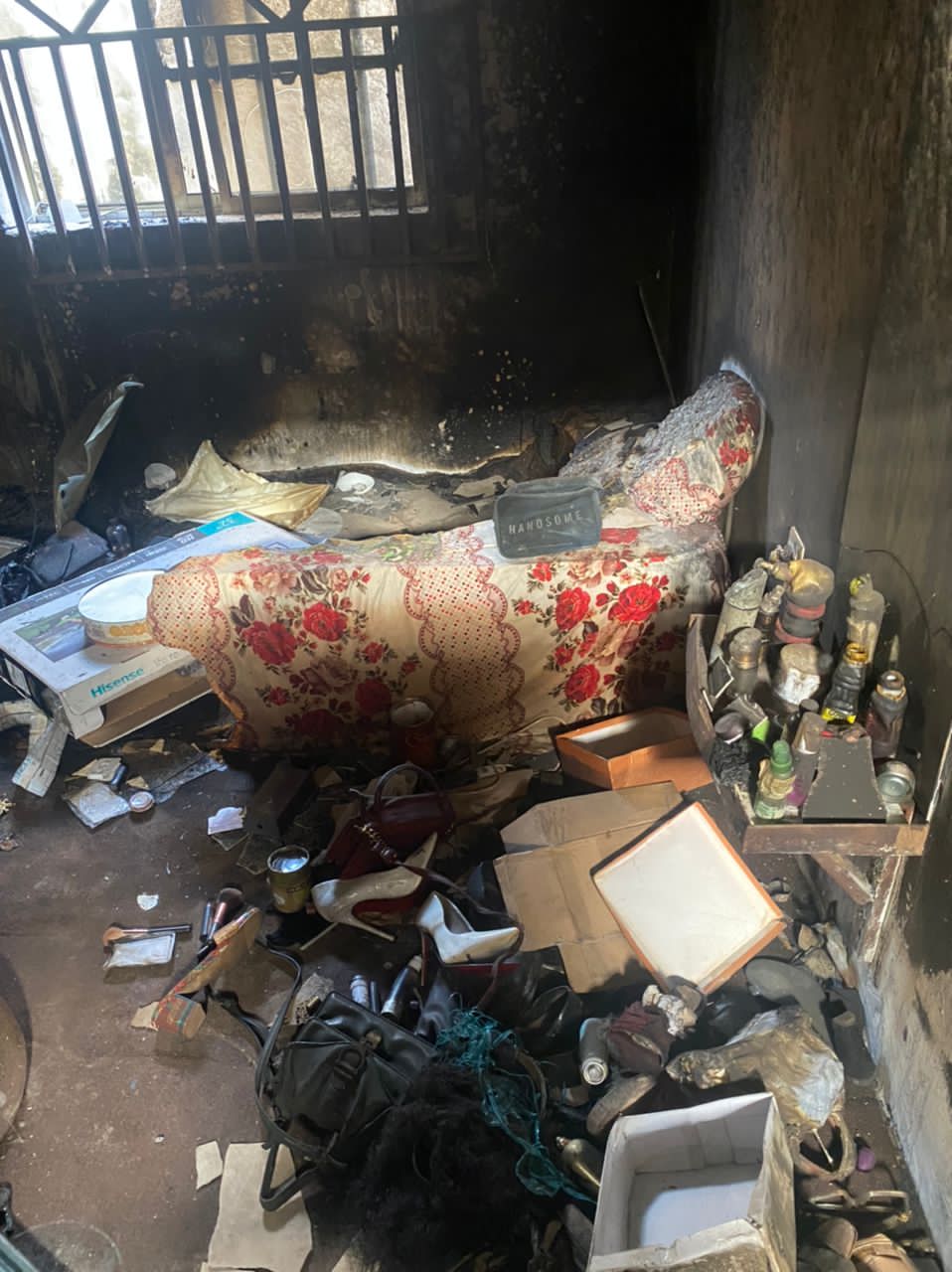 The incident which occurred overnight at Comfort, Oyenike hostel, in Aroje had properties and students materials destroyed.

An eyewitness who spoke to our correspondent on Thursday morning said this is the second time the unfortunate incident will happened to them as there were perpetrators of this act.

One of the occupants revealed that they were away overnight in preparation for the exams while this incident occurred.

“Some unknown men set their rooms on fire which lead to loss of properties. 3 months  ago, a room in the same hostel had also been set on fire”, he added.

Confirming the development, the newly elected president of the Students Union, Comrade Adeboye Anuoluwa sympathized with the affected students as he vowed to curb further reoccurrence.

He directed the Landlord to do a refund for the occupants to relocate and promised that investigations will be carried out to bring the perpetrators of this act into book and see to the losses of the affected students.