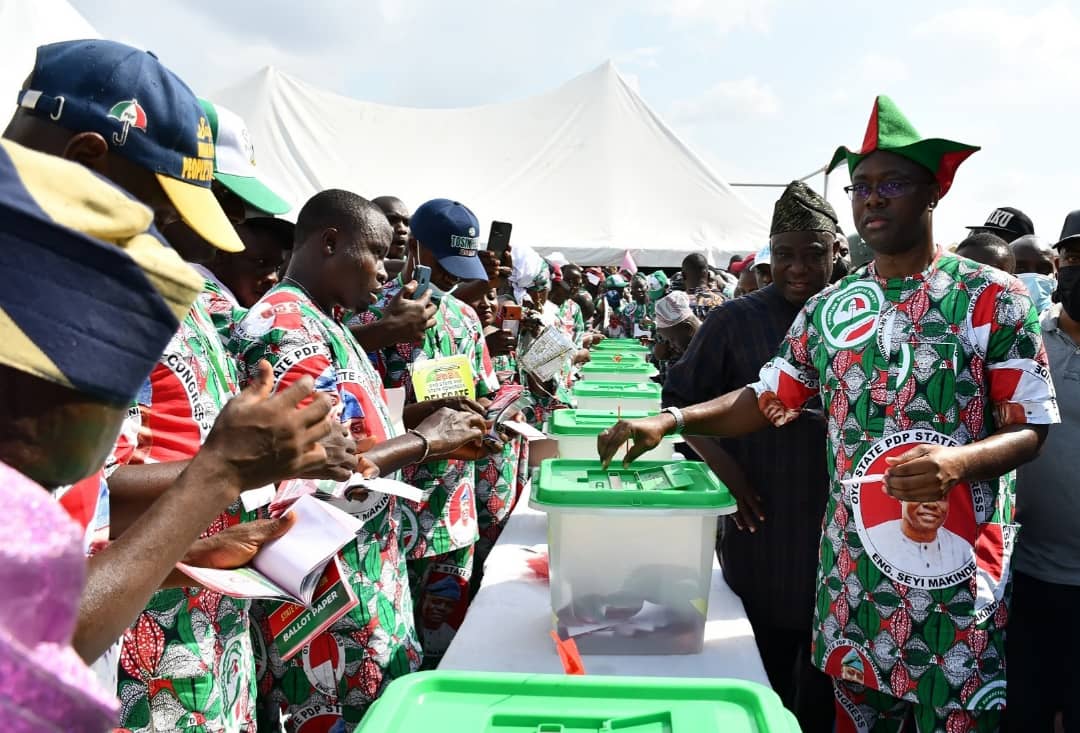 A chieftain of the Peoples Democratic Party in Oyo State, Prince Dare Adeleke on Saturday described the successful conduct of just concluded PDP elections of the Party at the Ward, Local Government and state congress in Oyo State as a manifestation of unity of purpose and that the Ruling PDP administration in Oyo State under the leadership of Governor Seyi Makinde demonstrated the fact that the party is fully ready to take the lead in 2023.

Adeleke who is the Executive Chairman, Pacesetter Transport Service while speaking with journalists at Lekan Salami Stadium said “as a critical stakeholder and stalwart who personally witness and participated in the election process from ward to state levels, I wish to commend the party officials for respecting the wishes of the people which saw the emergence of the PDP Ward, LGA and SWC Officials across Oyo State.”

“While congratulating the elected officials on their victory I wish to reiterate that the model adopted by our great Party, is aimed at building confidence amongst party faithful as well as create a platform for give and take.

“Therefore, there is no Victor no Vanquished, let us join hands to consolidate on the success recorded to build a better and brighter future for people of Oyo State and Nigeria.

“At this point, I wish to commend the leader of the party in Southwest, Governor Seyi Makinde for his exemplary leadership while the Congresses lasted in the state.

“And, as you settle down to run affairs of the party at various levels, my prayer for you is that God should grant you wisdom to serve diligently for the interest of the people you serve as we prepare for the National Convention.” Adeleke concluded