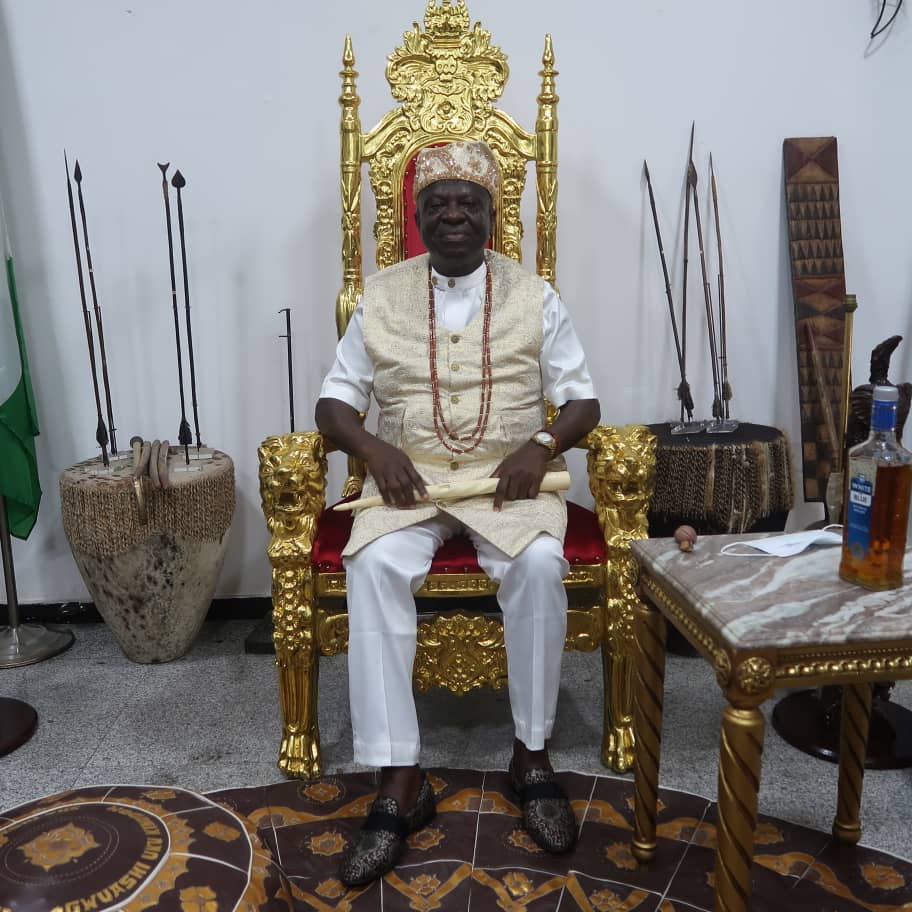 Wednesday, 6th of October, 2021, was a remarkable day of cultural display, as the people of Ogwashi-Uku who are popularly known for their peaceful living held her 2021 Ineh (New Yam) Festival.

The said festival, is an annual event celebrated by indigenes of the community.

This year’s edition was colorful.

During the event, various prominent individuals and dance groups visited the Iyase to pay him homage and congratulate him for achieving this year’s festival.

Responding to an interview with Basement Africa Television, the Iyase, Chief Mike Nwaukoni, described the indigines of Ogwasi-Uku as law-abiding, loving and hardworking people.

He also sued for peace amongst his people, adding that crime does not pay.

He also prayed that this year’s festival would bring prosperity, and peace to the land.

The Iyase unveiled a sculpted image of himself depicting him as warrior of the people.

Thereafter, he moved back to the palace to perform the rites of the festival.