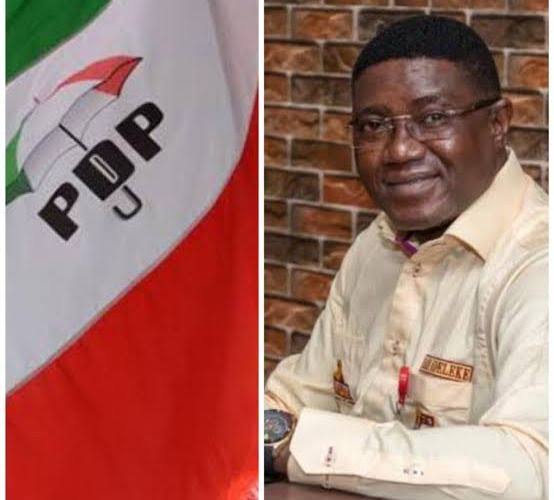 A Chieftain of the People’s Democratic Party in Southwest and ally of Governor Seyi Makinde has cleared air on the rumors that his name has been removed as the party National Delegate from Ibadan Southeast where he hailed from.

Adeleke who is the Executive Chairman, Oyo State Pacesetter Transport Service made the clarification on Saturday via WhatsApp Post on PDP groups.

He wrote: “I am PDP irredentist, from the inception of the party.”

“I have been National delegate since the formation of the party till date. I led delegate to Jos convention in 1998 as the acting State Secretary, state Youth Leader and SW Zonal Youth Leader respectively. Even up till the last convention in Port Harcourt.”

I have held National positions and Zonal positions,in many capacities. I am a bonafide PDP and forever, I will remain and stand by our Star Boy, Engr Seyi Makinde FNSE.

“For anyone to speculate that my name was removed as National delegate, Iron nla.”

“I am a double delegate earner and I still remain. I thank our Leader and the Pride of the West,that nominated me as a member, Electoral committee, the highest committee that shoulder the responsibility of the convention.”

“Indeed, I am indebted to our Governor and my leader. PDP Power to the people.”