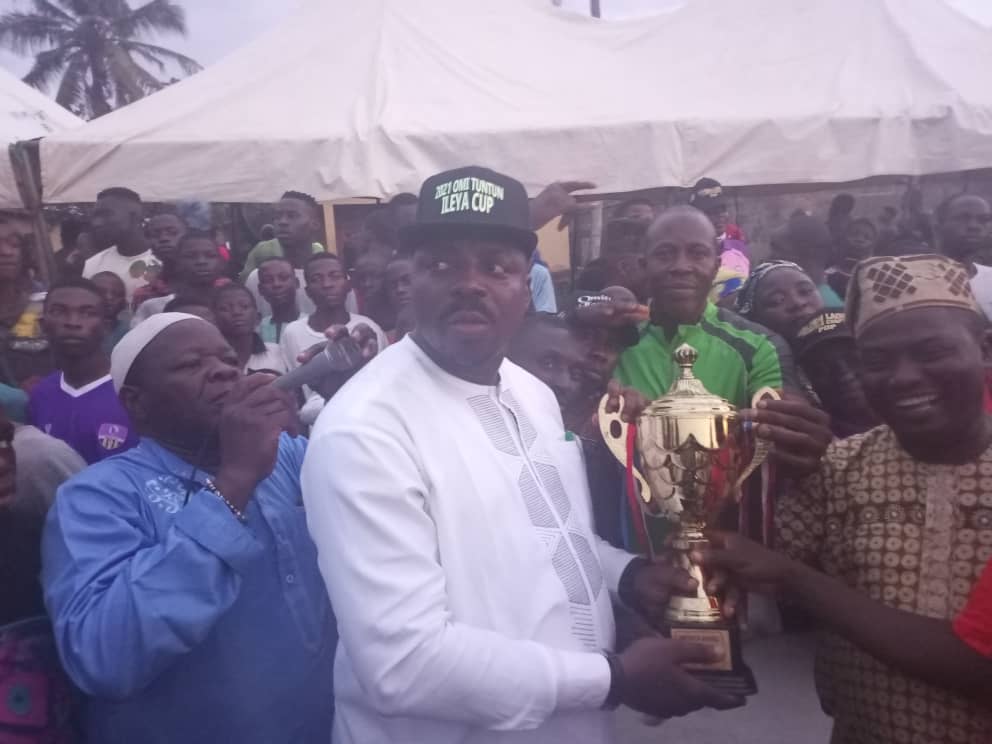 In a bid to bring Youth at the grassroots in Akinyele Local Government closer to development, the General Manager, Pacesetter Transport Company, Akinwole Akinleye on Monday preaches peaceful coexistence in Shasha area using the instrumentality of sport.

Wole Akinleye, a former Candidate Akinyele/Lagelu Federal Constituency, taking cue from the working Governor, Engineer Oluwaseyi Abiodun Makinde for his love for sport and grassroot development has encouraged him to facilitates the football competition hosted at Shasha community primary school football pitch where the finalist eventually emerged out of fifteen team that participated in the competition started about two months ago.

He stressed that he decided to act as the bridge builder for the effervescent youth of Akinyele local government as he was saddened by the past ethnic clash in Shasha. He remembered his past where everyone involved in inter and intra communal and ethnic sporting activities from Ojoo to Shasha to Moniya as they sometimes moved as far as Alabata school field without fear of rancour and violence.

Akinwole Akinleye also seized the avenue to expressed his utmost appreciation for the opportunity avail to him by the administration of Governor Seyi Makinde whom he said he returned him as the General Manager of the Pacesetter Transport Company 4 years after by the kind hearted Governor.

The keenly contested match which was kicked off by Hon. Prince Adebowale on behalf of Hon. Seye Famojuro the Chairman of the day was won by Ojo football club from University of Ibadan, defeating there opponent Shasha Fc via a penalty shoot out.