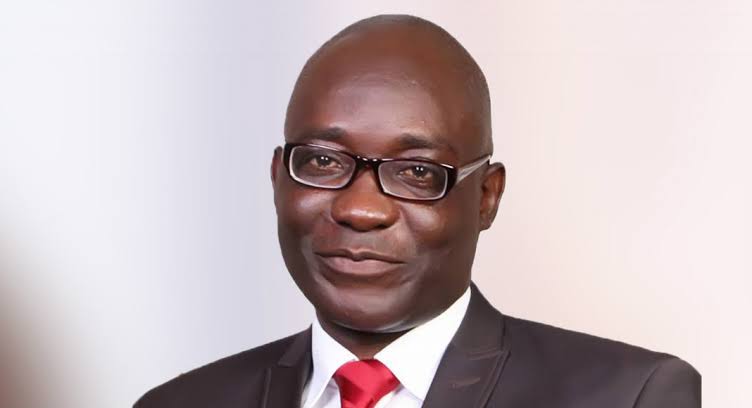 Former Deputy Governor of Ekiti State and frontline aspirant in the forthcoming governorship election under the platform of the PDP in the state, Professor Olusola Eleka, has urged the youths to submit themselves to purposeful and wholesome leadership, to avoid being used and dumped by greedy politicians.

Eleka, who gave this admonition in Ekiti while speaking with selected journalists over the weekend, emphasised that the youths are the soul of the nation and should, therefore, understand what they want in life, rather than being used by greedy leadership as a tool of disturbance.

He said: “I have come to discover that the soul of this nation is in their hands. First of all, before you can become useful to the nation, you have to be useful to yourself. Our youths must be useful to themselves in the first place. I started mentoring youths even as a youth. I started lecturing at the age of 22, in 1990 by the grace of God, as a graduate assistant and I rose from there to become a professor October 1, 2012 effectively.

“I have seen a lot. If as a young man or woman, if you are not useful to yourself, you can never be useful to your nation. Many of them don’t understand what they want and that is why you see them being used and dumped.

“I can’t imagine somebody coming to me when I was young to do those things that I know would not be beneficial to me, to my community and society. I will never be part of such. First of all, I have learnt to be at the place of service. So, they have to be useful to themselves.

“Also, they must also understand what they want in life. otherwise, they will always accept what is thrown at them. When the greedy politicians come and throw thuggery at them, they will grab it. That’s why they say they have been used and dumped. Yes, they allowed it.”

Speaking further, Eleka explained that the conversation and narrative surrounding leadership should change.

He pointed out that there should be a paradigm shift in the manner the youths opt for who becomes their leaders, saying that they must wary of those who are just willing to occupy positions instead of those ready to serve purposefully.

“If you look around me today, most of the people working with me are youths. The Head of my media team is a youth and virtually all of them. And if you see the things these guys do, they are so amazing. They have good initiatives and innovative ideas and the energy is still there.

“But if they can submit themselves to purposeful and wholesome leadership, it is the best way to go and they must look out for these qualities so that they can be guided to the right place of leadership in the future.

“But they should not submit themselves to greedy leadership so that they would not be used and dumped. That is why they need to shine their eyes to know who and who to follow.

“I have said many times that I don’t believe in godfatherism but proper mentoring. Sincerely, our youths need to be properly mentored. They should open their two eyes to know who and who to submit to so that they can begin to act right towards politics,” Eleka stated.