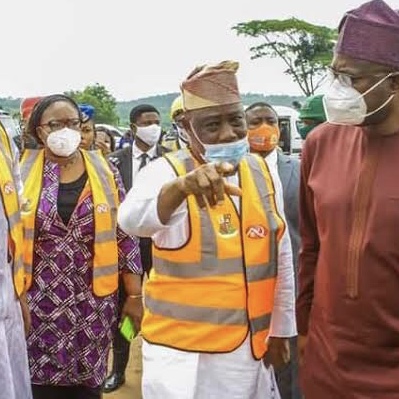 The Chairman of Oyo State Housing Corporation, Barr. Bayo Lawal has registered the appreciation of the Corporation to the Oyo State Governor, Engr. Seyi Makinde on the promotion of many staff of the corporation who had suffered stagnation in their career progression for several years.

The Chairman while speaking with the joyous staff on the release of their promotion letters noted that the governor had continued to endear himself to not only the public servants but the entire citizenry who would no doubt benefit from the promotion in one way or the other.

Barr. Lawal said the impetus would surely re energize the workforce for service delivery

While calling on the workers of the corporation to reciprocate the government’s gesture by improving on their productivity,Barr. Lawal assured the Governor of maximum cooperation and loyalty from all and sundry.