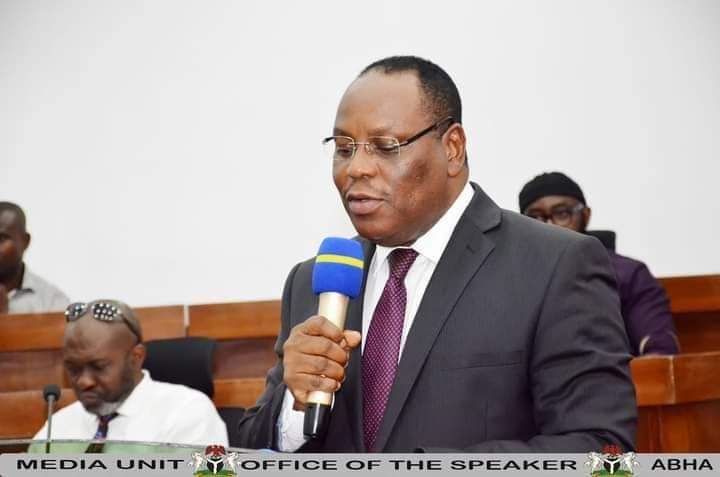 A leader is as strong as his lieutenants. Sociologists also avers that “man is a product of his environment”

Dr. Aham Uko, the present Commissioner for Finance Abia state came highly recommended, having left the bank as AGM, while at UBA, though many years ago.

Resulting from his last position in the bank, many took it for granted that as an ex banker and a PhD holder, the state would witness new lease of reforms and that will reposition the finances of the state for the better.

The expectations were rife that he was the Messiah, especially, with the spurious venomous gang ups against his predecessor who many, especially, the civil servants, erroneously saw as the reason why salaries were delayed or owed.

Surprisingly, the new Commissioner did not help matters, as he was busy providing the canon used by the haters of his predecessor to demonize the man that introduced and managed many far reaching reforms before his emergence. He forgot that those living in glass houses don’t throw stones.

To prove he was equal to the responsibility that circumstance bestowed on him, Dr. Aham disregarded the reforms put in place by Obinna Oriaku that were concluded just before his appointment. Examples of such reforms include but not limited to , the restructuring of the loan facility of N3.7b.To position as the financial guru that he hasn’t proven he is yet he quickly rushed to the media to claim credits for all the reforms , initiated by his predecessor, which brought about early payment of salaries occasioned by the change of FAAC date from 25th back to 17 and the restructuring of the loan.

On assumption, Dr. Aham went on a borrowing spree and under 5 months same loan that was paid down had grown back to N4b! Today it is difficult for salaries to be paid within the month even when allocation comes on or before 25th of every month as the State has gone back to Egypt .

Aham Uko is the the reason for the delayed payment of salaries to Abia workers albeit an improved allocation.

During the mimunim wage implementation, the Commissioner basking in the euphoria of his new appointment and the Governor’s confidence on him decieved the state into signing
the N10.000 across board consequential wage increase for Abia workers .

Most of us were sceptical as we know its will difficult to implement considering our peculiar issue in Abia. State.

This singular action added about additional 600.000.000 (Six hundred million )to the already over bloated wage bill, making Abia the only State in Nigeria to add N10,000.00 as minimum and consequential wage whereas other states added between 3,000 .00 and 4,000.00 due to the harsh economic realities.

Today, We Abia workers can’t plan with our salaries as monthly figures are reduced or cut as the “spirit” directs .

For political reasons they decided to do away with the lady in charge of salary payment Chief Charity Ukonu even when we knew they will fail and replaced her with someone that was recommended for sack by Civil service commission for fruad while at board of internal revenue (BIR) in 2010.This fellow was redundant in Ministry of finance for about 10 years before being drafted to head the salary management committee.Today all the gains made in salary management have all been eroded as the era of padding and ghost workers enrollment re- emerged. No wonder the wage bill cannot be managed even with improved allocation.

Aham Uko cannot boast of any reform since his appointment. The only major achievement is that he has acquired more land in his village house to expand his influence in his village outside the acquisitions in Port Harcourt and Abuja .

The Commissioner on assumption, we heard, jacked up the cost of going to Abuja for FAAC meeting from 500.000.00 monthly back to N1.600.000 that was used by Dr philip Nto during the TA Orji era.This is outside the alleged intimidation /extortion from the parstarals like Abia Poly. Absuth , School of health which was reported to the Governor with evidence of tellers and account details from these institutions.

We are told he also got the Governor to approve N5m monthly overheard for the office of Commissioner for finance just as N135m has been paid for the 27 months for entertainment, in a State that college of education Techincal only needs 32m as salary monthly.

Under this Ph.d Commissioner, all the known borrowing principles were thrown to the winds as the State today is exposed to our local bank UBA to the tune of N36b with a monthly loan repayment of N1.6b even as the Commissioner deceitfuly convinced the Governor to attempt abandoning UBA and move the state accounts to Access bank for fresh borrowing. A miscalculation that has brought disrespect to the office of the Governor as the federal Ministry of Finance refused to change the domicilaition of FAAC and VAT to Acces bank.

We are told after the meeting with management of UBA. The Commissioner was asked to recall the letter he wrote to Federal Minstry of finance as the State is still comfortable with UBA not minding the mismanagement of the loans under his ministry.

Today,Abia cannot even effectively pay MDAs salaries as some minstry workers were paid their July salary this week.
Parastatals, teachers and pensioners have taken the back stage even as pensioners are paid half of their pension.

The question begging for answer from Abia workers is ,why is it that, with average of N3.8b in the first term of this administration, salaries and infrastructure received more attention as average of N400b was shared among the federating unit monthly, compared to today where average of N670b is being shared? (July was N733b August was 760b)

Why are workers owed 17 to 31 months now than when the allocation was low years back?

Expect more questions on the financial management of Abia under our Phd Commissioner .