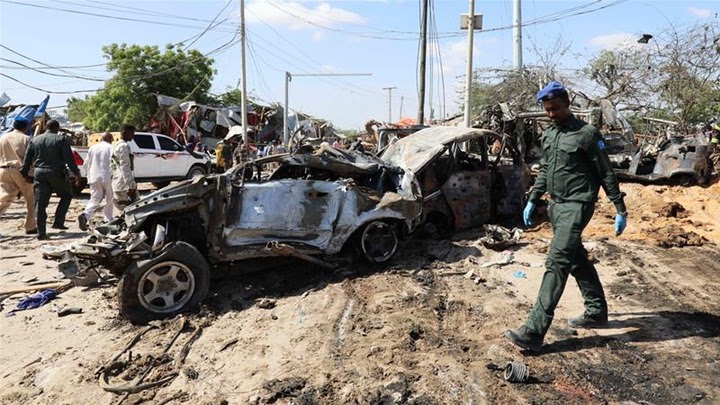 A heavy explosion has been reported near the presidential palace in Somalia’s capital Mogadishu, Mouthpiece NGR reports.

Witnesses said the explosion came from a car bomb that was near a checkpoint leading to the presidential palace.

An unknown number of casualties have been reported from the Saturday morning explosion, within El-Gab.

The explosion comes even as the country is expected to begin the second phase of its election cycle which is set to begin on October 1 to November 25, 2021.

Authorities are yet to issue a statement on the cause of the explosion.

Additional reports say al Shabaab has claimed responsibility for the suicide car bomb, saying that they were targeting a convoy carrying government officials.

Several vehicles have been destroyed in the blast.