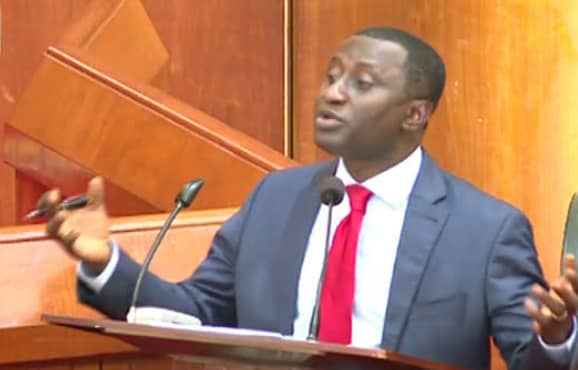 A think tank group, Abia Union of Professionals (AUP), says it has uncovered nefarious plot by disgruntled and unscrupulous elements to blackmail the Honorable Minister of State for Mines and Steel Development, Dr. Uchechukwu Sampson Ogah.

The group said the wicked plot was to rubbish the sterling qualities of the Honorable minister as well as the laudable gains he had greatly recorded in the federal Ministry of Mines and Steel Development which has been rated high in a recent report of President Muhammadu Buhari’s government’s tradition of subjecting its projects and programs implementation to independent and critical self-review,” through sector reporting during cabinet meetings and at retreats.

The Abia Union of Professionals noted with overwhelming satisfactions that Dr. Ogah has demonstrated exemplary leadership both as Honorable Minister of the federal Republic of Nigeria and party man, and also noted that the evil move to blackmail the latter, aimed at scoring selfish cheap political points, will hit the rock, as his unblemished leadership strides has been locally and internationally adjudged as highly emulative.

The think tank group made this known in a statement jointly signed by the Chairman, Dr. Lawrence Nwabuisi and the Secretary, Ogbonnaya O. Ogbonnaya and issued to journalists in Umuahia, the state capital on Monday.

The AUP further noted with exthustatism that Dr. Ogah as a loyal party man brought in fresh air into the All Progressive Congress in Abia and the entire southeast zone which today led to massive and overwhelming acceptability of the APC by our people, frowning in strong term the evil and failed activities of few dishonest party members to truncate the gains made by the party for her development.

According to AUP in the statement, “It is undisputable that Dr. Uchechukwu Ogah and other progressive minded Abians entry into the APC made the party the darling of all. The few dishonest people parading themselves  today as leaders and members were nowhere to be found when the APC was being tagged as Boko Haram party and fulani party. Dr. Ogah has committed huge resources towards the development of the party, this is why, APC has become party to reckon with in the state and Igbo land as a whole.

“Some of us who are members in other political parties have seen that the timbers and calibre of people in APC, joined the party due to the sincere leadership qualities of the Honorable minister which is built on openness and fear of God. That is why in 2019, the party leaders, members, supporters and, as well as the people of Abia state overwhelming voted him but was stolen by the failed PDP government in the state”.

The Abia Union of Professionals however warned that it will resist the undemocratic and destructive plot in whatever guise to blackmail or malign Dr. Uchechukwu Sampson Ogah’s incomparable strides in mining sector and in party leadership.

It urged the Honorable Minister of State for Mines, Dr. Uchechukwu Ogah to remain steadfast and never allowed the evil antics of “Bad Belle people” to thwart his vision for a Nigeria and Abi, as being demonstrated by the people’s oriented leadership of President Muhammadu Buhari through his laudable policies and programmes.

The Abia Union of Professional  commended President Muhammadu Buhari for his total and implicit confidence in the Honorable minister of State for Mines, Dr. Uchechukwu Sampson Ogah, adding that the people of Abia state, irrespective of political affiliations are proud and grateful to the President for rewriting the narrative of governance of Nigeria and as well as rising the bar on the economic and Infrastructural development of the country.