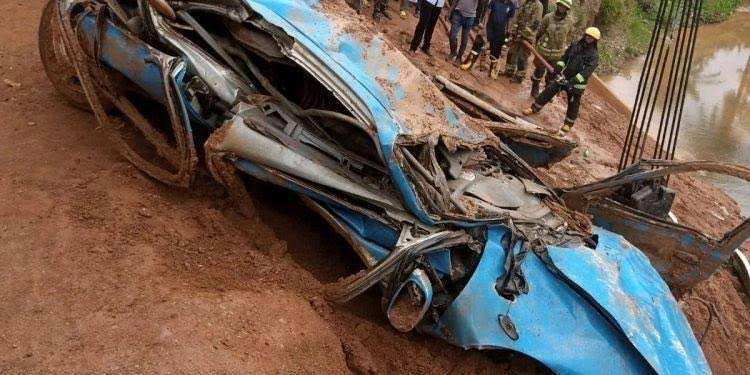 Residents of Celica area in Egbeda Local Government Area of Oyo State were thrown into confusion on Monday morning, as an accident caused by a loaded truck killed four persons along the New Ife Road.

Mouthpiece NGR gathered that the truck driver lost control of his vehicle and rammed into a commercial taxi.

An eyewitness, identified as Sunday, told our correspondent that the fully-loaded truck skidded off the road and into the taxi, before plunging into a nearby ditch.

He revealed that the taxi was about to join the main road when the truck crashed into it.

Sunday also explained that there were six people in the taxi at the time of the accident.

However, no fewer than four of the victims have been confirmed dead.

Officers of the fire fighters and Road Safety were seen at the scene putting off the fire and controlling vehicular traffic.

Meanwhile, the Celica community has called on the Federal Government to complete the ongoing road rehabilitation work on the Ibadan-Ile Ife Expressway, which has lasted for over a year.