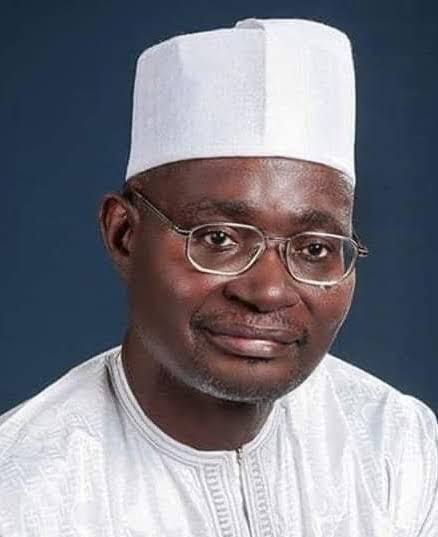 The senator representing Adamawa south senatorial zone, Binos Dauda Yaroe, has lamented how he was unnecessarily vilified by some of his colleagues for speaking against the menace of herdsmen who unleash mayhem on farmers and other law abiding citizens.

The senator who made the revelation at a session with newsmen at his country home in Mayo Belwa town, Tuesday, noted that he received all sorts of bashings from a large section of the populace including his colleagues for speaking the truth adding that the condemnation did not deter notable Nigerians from speaking against the menace.

Yaroe who was responding to a question on the steps he is taking as a leader to address the perennial conflict between farmers and herders in his domain, said, the only viable solution to address the conflict is to ban the incursion of foreign herdsmen into Nigerian territories.

“If you follow the activities of the national assembly recently, you find that sometimes I spoke about some of these things. But if you speak the truth people will not want to listen to you, people will say he is just grandstanding.

” I spoke about it in the past, I was vilified by section of the public even my colleagues. Some of them said that he is grandstanding but since then, people have spoken in the same manner as I did, and they have said that this problem is caused by this wandering herdsmen. To address the problem, we must control their movement.

“The problems we are having is the incursion of foreign herdsmen into our areas. You find herdsmen that come from Cameroon or Niger and other places and they come in here, destroy farms and move on.

” So by the time you come you find that your farm has been destroyed, you cannot find those responsible. So we have to control these movements, we have to ensure that the movement of these herdsmen in our territories is banned,” he said.

He noted that due to the notoriety of the herdsmen, the emir of Muri recently warned them that he will no more fold his arms and watch them wreak havoc on innocent citizens adding that as a result, many are leaving Taraba State to other places.

The senator expressed concern over the failure of the federal government to implement the livestock transformation program which will put an end to the recurring conflict between farmers and herders.

” But since that launch, nothing has been done. So government has to be serious, it has to be sincere and it has to be determined to address these problems,” he said.