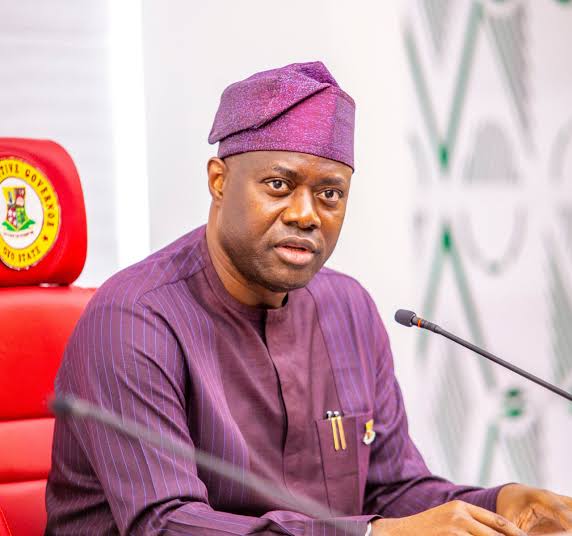 The governor, who gave the charge while speaking at a thanksgiving service of the Christ Revival Miracle Church, Molete, Ibadan, shepherded by Reverend P.F Owa,  said that only the participation of men and women of faith can give Nigeria a perfect and complete nation.

According  to him, the first time he worshipped in the Church was September 20,  2018, adding, however, that he was back in the church three weeks before the election and the Pastor prayed with him in the auditorium.

A statement by the Chief Press Secretary to the governor, Mr. Taiwo Adisa, quoted Makinde as saying: “We knelt here and prayed, and God answered the prayers.

“After I worshipped here, you prayed for me and prophesied that I was going to win the election and I won it to the glory of God.”

He stated that even though he has been unable to return to the church two years after his victory, the man of God has never criticised him for failing to do so.

“It’s  two years but  I have not come here to worship, though it has always been on my to-do list to come back and appreciate.

“For those two years, you did not go on air to announce that despite contributing to my electoral victory through prayers, I failed to come back and thank the church.

“But some persons have been saying they were the ones who worked for the victory. Some even said I used and dumped them,” the governor added.

He thanked the pastor and people of the state for their continuous support and prayers for to his administration in the last two years.

“So, I thank you all, the Pastor and the whole church. I am thanking you for the fact that even though I have not come to this church for two years, you have continued to support my administration with prayers.

“Apart from thanksgiving, I want to say one or two things. When the Special visitor, Pastor Moji Alawiye, was speaking, she was concerned about those who will build our nation. The secret is, you children of God have to participate in politics and governance. Yes, it is something very difficult because the political terrain is polluted. We don’t want to be yoked with unbelievers but there is no how we can build our nation without dealing with unbelievers. And there is an example of this in the Bible.

“Look at what the son of Eli did on the temple but Samuel was in the same place and God brought him out because of the assignment He wanted him to carry out. The same thing with Joseph; he had dreamt and seen that all his elder brothers bowed before him but he was sold as a slave and that journey made him to become the Prime Minister in Egypt.

“So, don’t entertain fears in your mind. We must go out there, participate in politics, and  Nigeria will be great again.”

The governor explained that the road leading to the Church was very bad, pledging to instruct the South East Local Government Council to fix it for easy access of the users.

“When I came in to worship here, I observed that the road leading to this church was terribly bad and it is still not good. This church is under South East Local Government and I have brought the Chairman of the Local Government,  Pastor Alawode to come see for himself as well,” he said.

Speaking on the politics of 2023, the governor said that he would only wish that God’s will be done as he prayed in 2019.

“One of the pastors, while praying, talked about the first and second tenure. Well, I came out in 2019 to tell the people that I wanted to become the governor but I prayed to God that only His will should be done.

“And now, I don’t even know if it is the will of God for me to even seek or push out for second tenure. The only prayer I want you to be praying is that God’s will alone should be done in my life.

“On a final note, let us participate in politics and governance as children of God. It is through our participation that this nation will get what it deserves.”

Earlier, in his sermon, the founder and president of the Christ Revival Miracle Church, Rev. Peter Folorunso Owa, commended the Governor Makinde-led administration for the tremendous achievements it has recorded in the last two years, adding that the governor is doing a new thing in Oyo State.

He said that Nigeria needs prayers, adding that there is no problem or challenges that cannot be solved with prayers.

According to him, “We are indeed proud of the wisdom of God that guides your decision-making in governance that has brought tremendous achievement and joy to Oyo state.

“What our nation needs at this period is  prayers. With prayer and living righteous life, God will hear us and salvage this nation from the various problems affecting her.”

The thanksgiving event was graced by the Secretary to the State Government, Mrs Olubamiwo Adeosun, the Chief of Staff, Hon. Segun Ogunwuyi, Commissioner for Finance, Mr. Akinola Ojo, Commissioner for Justice and Attorney-General, Prof. Oyelowo Oyewo, and host of other government functionaries.