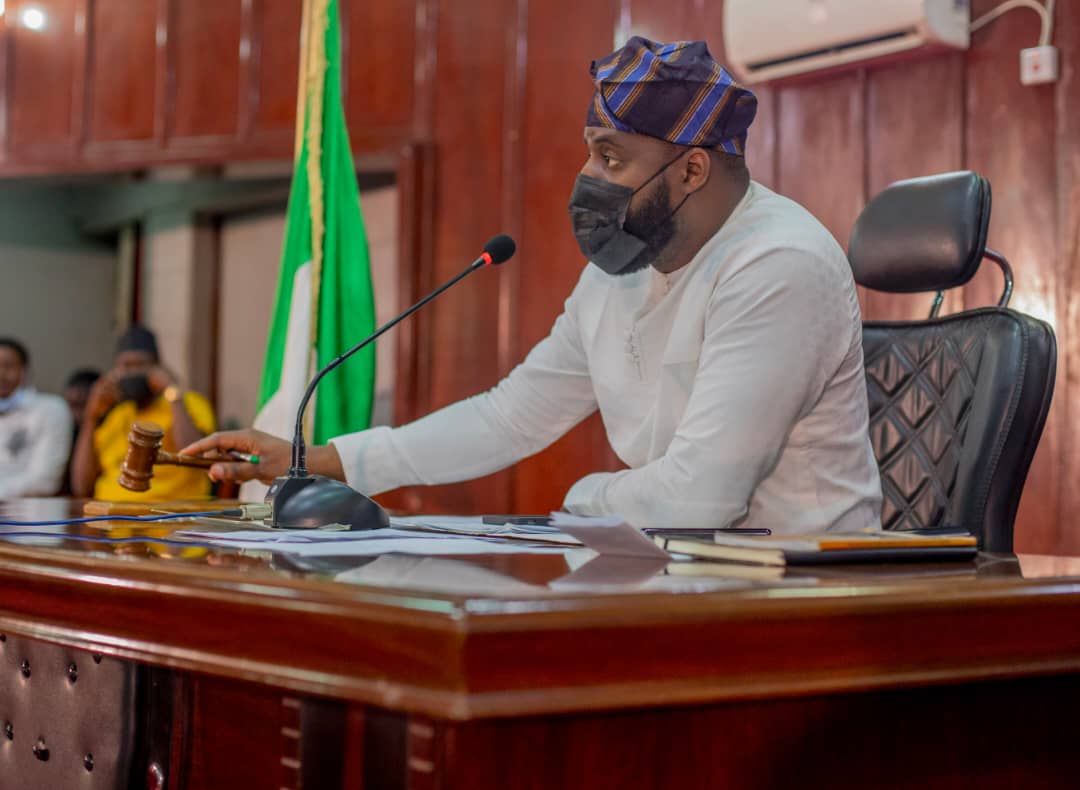 The motion which was titled, “Urgent need for Oyo State government to provide grant and commence the process of upgrading facilities at Oyo State College of Education, Lanlate to enable the National Commission For Colleges of Education, NCCE to grant full accreditation to all its courses, lamented the poor state of infrastructures in the institution which contributions to the Lanlate community’s economy can not be overemphasized.

The Speaker said, “The College since its establishment has been lacking grant and infrastructure. This has made its impossible for the National Commission for Colleges of Education, NCCE to grant full accreditation to all the courses being offered in the institution.

“Now, the Commission is scheduled to visit the College again in October this year for another round of inspection of facilities which are still virtually non-existent. The few visible and completed projects in the College are the School of Sciences Complex by TETFUND, the Central Administration Block and the School of Arts and Social Sciences building awarded by the State Government to one Fadepo Nigeria, Limited. However, the two other State Government projects, the School of Education Building and the Library Complex awarded by Former Governor Alao Akala since 2006 to FIAT International Limited are yet to be completed and seem to have been abandoned.

“The two contracts awarded at the total cost of one hundred million naira in 2006 had an initial completion duration of six months and it is on record that the State Government at that time paid about ninety-seven percent of the total contract sum to the Contractor.

“Due to the non-completion of the two projects, the Contractor was summoned by the Government of late Sen. Abiola Ajimobi.  However, he claimed to have obtained a bank loan for the contract, and insisted that the State Government must offset the interest that accumulated from the loan before he would return to site. When the Government declined, he took the matter to Court and after series of court hearings, both parties agreed to settle out of Court. It was amicably resolved that a total sum of Fifty-six million naira (twenty million naira for School of Education Building and thirty-six million naira for the Library Complex) was now required to complete the two Projects.

“Out of magnanimity, Governor Seyi Makinde in December, 2020 released twenty million naira to the Contractor to complete the School of Education Building with an assurance that when that was done the amount for the Library Complex would be released. But after collecting the twenty million naira, the Contractor (FIAT International Limited) appeared at the site once then disappeared into thin air. As we speak, the two projects are lying there.”

“The Contractor (FIAT International Limited) should appear before the plenary to answer questions on why he absconded or abandoned the two projects, and to ask him what has become of the twenty million naira he got from the State Government for the completion of the School of Education Building. School Governing Council, Representatives of workers and students unions in the College should also be invited by the House.

“We are also calling on the Oyo State Government to look into the urgent need to reaward the second project (the Library Complex), support the Oyo State College of Education, Lanlate with grant for its all round development and also

direct the Oyo State Ministry of Works or any other relevant agency to urgently fix the collapse box culvert leading to the College,” Oyo Speaker added.

The Deputy Speaker, Hon Muhammad Fadeyi and Hon. Adeola Bamidele representing Iseyin/Itewaju State Constituency noted that if a college that has six Schools: School of Education, School of Secondary Education (Arts and Social Sciences, Languages, Sciences), Vocational and Technical Education, and School of Early Childhood Care and Primary Education, has collapsing Box Culvert which provides access to the College, how will the students, staff and visitors gain direct access into such a College?

Other Lawmakers including Hon Babajide Gabriel (Ibadan North 1) and Hon Olawumi Oladeji (Ogbomoso North) condemned the attitude of the Contractor and urged the House to do everything possible to ensure the two projects are completed.