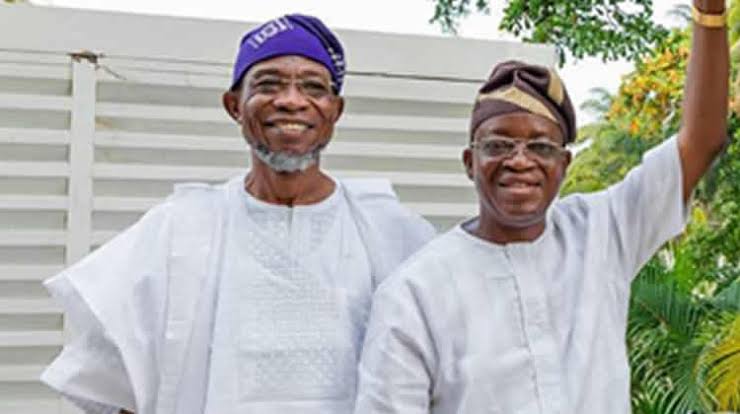 Governor of Osun State, Gboyega Oyetola has said he does not see reason why his predecessor, who is now Minister of Interior, Ogbeni Rauf Aregbesola will not support his government.

Oyetola stated this on Frank Talk program of Rave FM, Osogbo while speaking on 30th anniversary of the creation of Osun, monitored by Mouthpiece NGR correspondent on Friday.

The Governor said if he could work under his predecessor for eight years vigorously as Chief of Staff for his success he also expect the same gesture from him.

Oyetola who dismissed alleged rift between him and his predecessor, confirmed that Aregbesola remains his brother.

Speaking on his ambition for second term, the governor said serving the people as governor for the ongoing four year is an opportunity, the people of Osun and God will determine his second term.

When asked his Aregbesola will support his second term, Oyetola said he can’t not read his predecessor’s mind but he expects him to support his government.