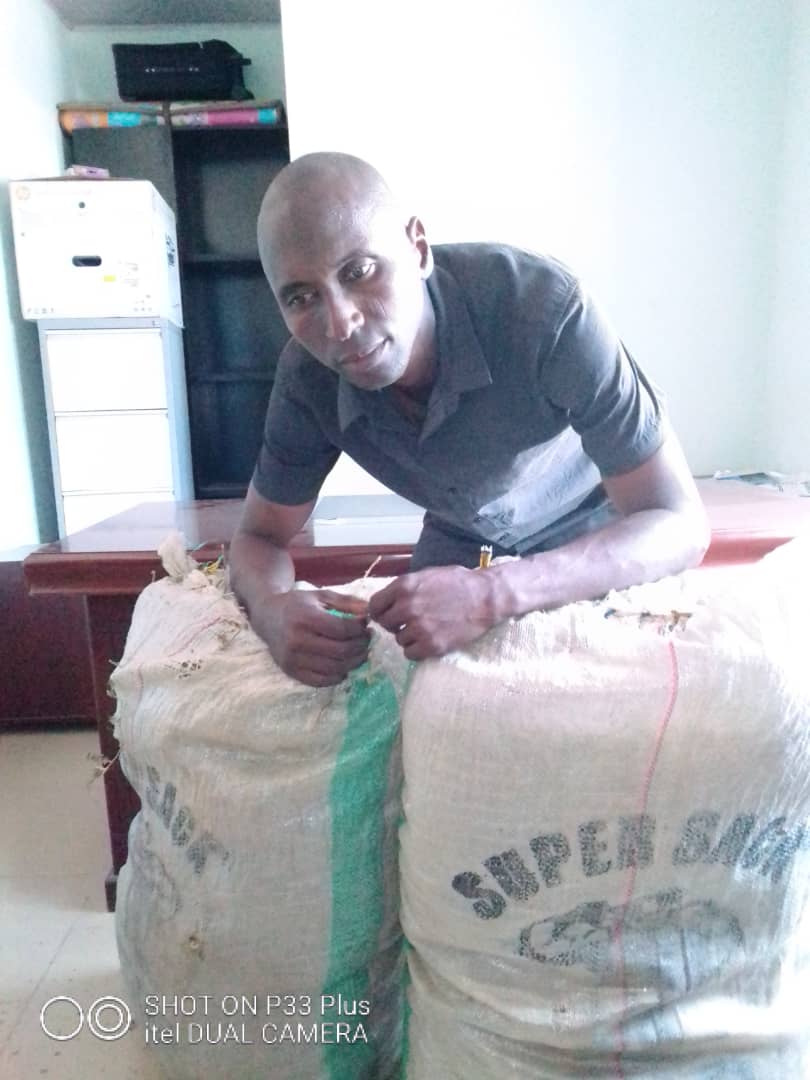 In its effort towards combating crime in and around Adamawa state, the Operatives of the Command attached to Ganye Divisional police headquarters, in Ganye Local Government Area have arrested another notorious indian hemp dealer and distributor of weeds to youths in Ganye, Jada and Mayo- Belwa local government areas.

The Command recovered large quantity of indian hemp from the suspect following the reinvigorated special action plan on the fight against Banditry, Kidnapping, armed Robbery and other violent crimes across the boarder areas initiated by the Commissioner of police CP Aliyu Adamu Alhaji, psc.

The suspect  Zangina Maigari 26years old a resident of Barde Ward, Ganye Local Government Area was apprehended as he smuggles in the weeds midnight of 20/8/2021

The CP assured the Government and good people of Adamawa state that the Command Shall continue to do all within it’s powers to guarantee a stable security order across the state. He calls on civil populace to work with the police and other security agencies in the tasks of safeguarding our state, especially in the area of providing useful, relevant and timely information.