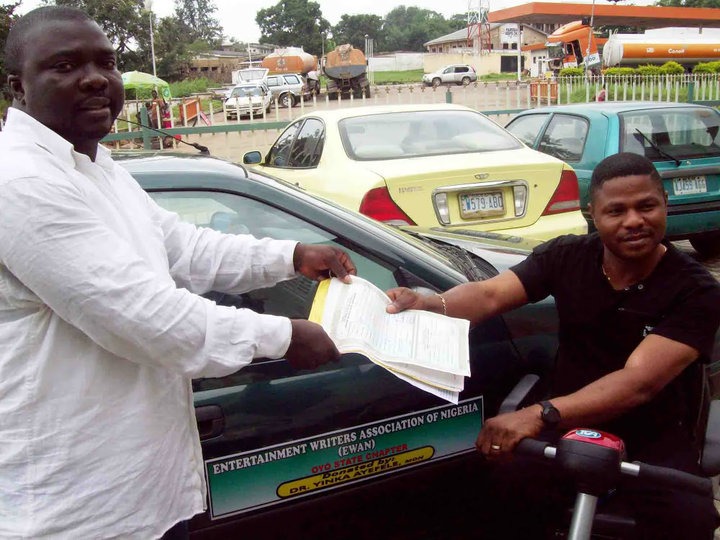 The death of the Station Manager of Fresh 106.9FM, Ado-Ekiti, Mr David Ajiboye, has been described as a huge loss, not only to his immediate family, but also to journalists in Oyo State in particular and the South-West in general.

The Chairman and the PRO of the South-West Group of Online Publishers (SWEGOP), Mr Olayinka Agboola and Remi Oladoye respectively, said this in a statement they signed in reaction to the passage of the late journalist.

Ajiboye, who was a former entertainment editor with the African Newspaper of Nigeria (ANN) Plc before he joined the employ of the Fresh FM Radio Station, died on Sunday evening.

The Management of Fresh FM Nigeria and Merry Makers Band had, in a release by Samson Akindele, announced the death of the deceased entertainment writer at an Ibadan-based hospital after a reported brief illness which lasted for a few days.

The Group further said Ajiboye died at a time when the Fresh FM Nigeria is fast spreading and establishing its root in the broadcasting sector of journalism in the South-West of Nigeria.

“What can one say about this sad and sudden death of one of our colleagues, Mr David Ajiboye? Here was a young man who has been contributing to the practice of journalism in Oyo State and the South-West.

“Ajiboye, in his short but eventful sojourn on earth, made an appreciable and positive impact in the quest to sustain the practice of the profession.

“He was popular as an entertainment writer. He left an indelible mark as a former chairman of the Oyo State chapter of the Entertainment Writers’ Association of Nigeria (EWANG).

“David Ajiboye was a young man full of life and zest. In spite of his soaring popularity and fame, he was a humble person who was respectful to his elders and leaders.

“He was a cheerful and generous person who will never allow dull moments around him. Many of our colleagues, since the announcement of his demise on Sunday, have been attesting to how he had been helpful to their career development.

“Above all, he was, indeed, a focused young man who set certain goals for himself, some of which he accomplished while some others are at the verge of success.

“It is, therefore, a very sad commentary that we lost him at this point in time when he still has a lot to contribute to the practice of journalism and at the point of self-attainment and succeed.

“However, who are we to query the Almighty God? He alone acts and do as He so wishes. He gave us David Ajiboye and He allowed him to return back to Him when He so wished,” SWEGOP said in the statement.

The online publishers then prayed that God should grant the departed a peaceful rest and condoled with the immediate family of the deceased, the chairman of Fresh FM Nigeria, Dr Yinka Ayefele and its Management and Staff, as well as media practitioners across the South-West.