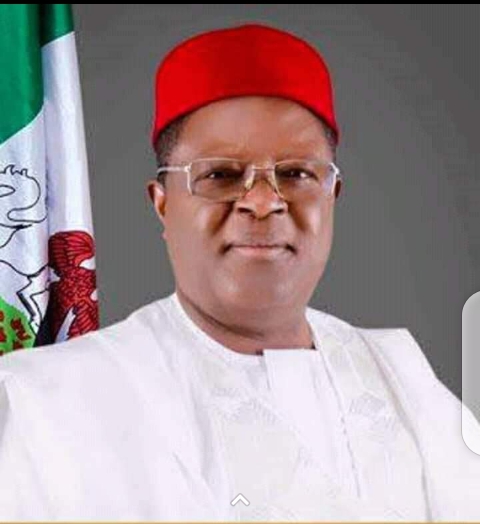 Ahead of 2023 governorship election in Ebonyi state, indigenes of the state under the aiges of Association of Ebonyi State Indigenes in Diaspora (AESID) have rejected zoning agreement, saying competence, capability and credibility should be the standard for anyone to succeed governor Dave Umahi.

The group said: “Ebonyi people truly deserve nothing but the best, most credible and competent hand it can get from any part of the state who understands the prevailing challenges of anthropogenic poverty, lack of human empowerment, health and educational deficiencies arising from poor policy planning and executions among other negative trends and its attendant consequences on our people.”

In a statement released to newsmen by its President Amb. Paschal Oluchukwu, Thursday in Abuja, said the campaign in the media by some interests to respect ‘charter of equity’ does not exist.

“As various political parties in Nigeria gear-up for congresses at the Wards, Local Government, State and National levels, it has become indubitable that political activities have raved up as expected with many analysts and pundits fully up in their game.

“Whereas, the situation is not any different in Ebonyi, the calls in some quarters for the mediocre acts of zoning of political offices have once again been brought to bear in the debate over who succeeds Governor David Umahi of Ebonyi in 2023. Those who engineer this  premise their position on what they term equity and fairness in their delusional fantasy to keep an ‘equity bond’ that neither exists nor has ever been manifest in Ebonyi politics.

“As a governance and accountability platform, AESID feels very strongly that it is also part of our core mandate to bring unbiased analysis on political debates in our dear State, not only putting the records very straight but also picturing the future that Ebonyi truly deserves.

“Having remained the most outstanding accountability platform in the State with our memberships drawn across the entire State, we would not watch a section of self-interests seekers, paid political permutators, jobbers and hatchets men mislead, misdirect or misinform Ebonyi people as they battle to choose a credible and competent leader who would take-over the baton as Governor David Nweze Umahi’s successor.

“It bothers placing properly on record that the so-called, non-existent ‘charter of equity’ which some rented script writers are bandying in the media does not exist and people from the three Senatorial zones of the State have equally vied for the coveted position of the Governor of the Salt of the nation.

“In our deep reflections, we recall that in 1999 when Dr. Sam Egwu from the Ohaukwu axis of Ebonyi North Senatorial zone ran for Governorship under the PDP, current Minister of Science and Technology, Dr. Ogbonnaya Onu of Ebonyi South also vehemently contested for the same position under the defunct All People’s Party, APP.

“Similarly, Ambassador Frank Ogbuewu of Ikwo origin in the Central axis contested against Sam Egwu in his quest for a second term in office in 2003 under the platform of the All Progressives Grand Alliance. This time under ANPP, Dr. Onu also later came back to the ballot in 2007 to vie for the same position eight years after in the election to pick a successor to Egwu which was eventually won by Chief Martin Elechi of the PDP who hails from Ikwo in the Central Senatorial zone of the state.

“In 2011 when Elechi sought for another term in office, Senator Julius Ucha of the same Central zone under the ANPP also contested against him. The records of political events in the 2015 Governorship election are still very fresh in our mind as Labour Party’s Edward Nkwegu who hails from Izzi in the North ran strongly against PDP’s incumbent Governor David Umahi from the South who emerged as the winner of the election.

Owing more to the fact that by what could be justified as divine providence, the three Senatorial zones despite these contests have all tasted power via the occupation of the Governorship seats in the state, it is therefore wisdom for Ebonyians to anchor their search for Umahi’s successor on the tripod stand of competence, capacity and credibility which would ultimately translate into such a leader’s ability to reverse the numerous growing negative statistics and economic woes that the current government of Umahi has brought upon our dear state.

“Besides, power as such analysts should have been aware by now only comes from above and it is never given but taken. Much more than the zone of an aspirant, AESID would, we reiterate implore Ebonyi people to continue to study the records in and out of office of any contender and place same side-by-side with the prevailing challenges facing the young state and seek out for only those who can reverse the negative indices.”

While urging the youths in Ebonyi to get more involved in the political process by joining political parties, the group also called on all Ebonyians of voting age who are yet to register to take advantage of the ongoing INEC’s Continuous Voter Registration and proceed to register and get their PVCs ready “as that is their only power to change the narrative in 2023 and elect a credible candidate.”