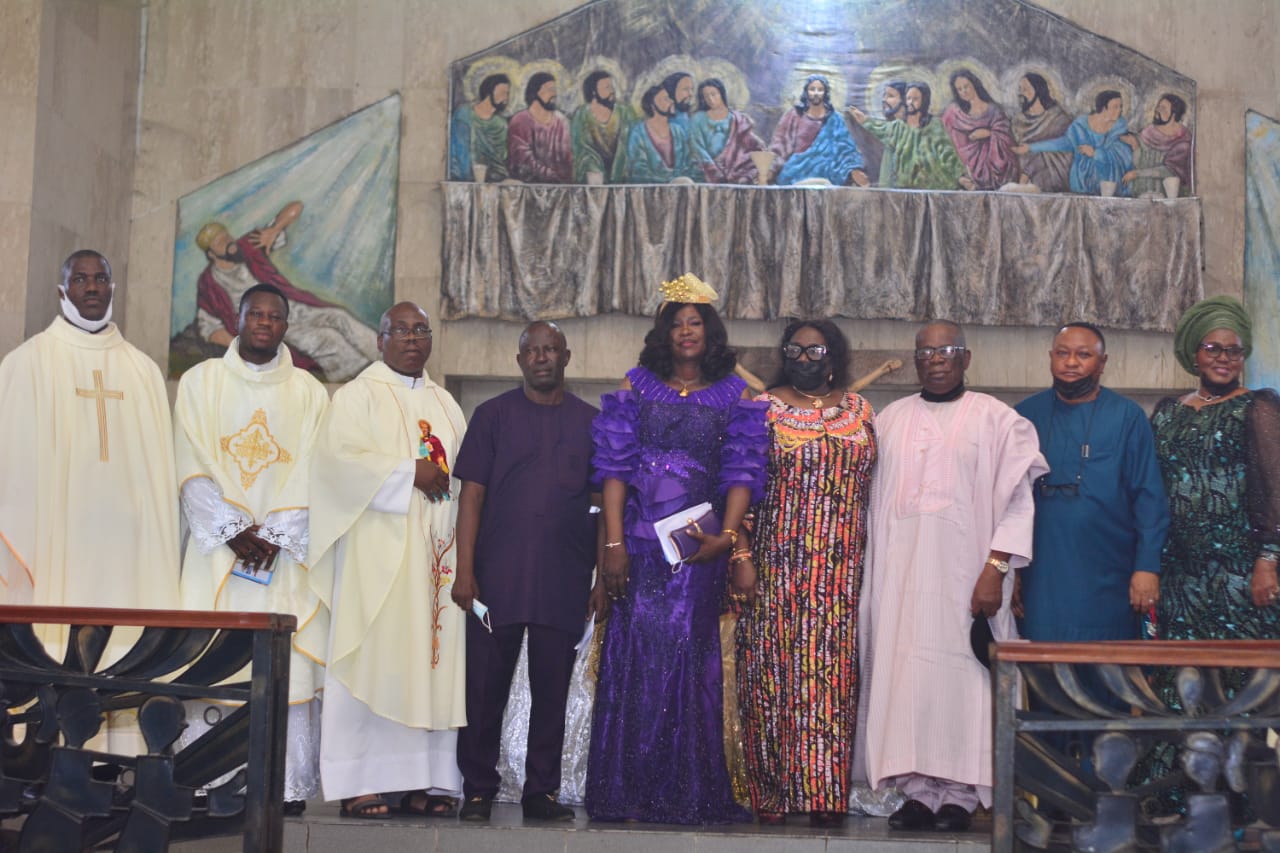 By her emergence, history has been made in DELSU, being the first female to occupy the position.

Delivering the homily, Rev. Fr (Dr) James Urien, Chaplain of the parish, said he is happy that she came to show her sincere appreciation to God.

While noting that the appointment is a reward for hardwork, he opined that “thanksgiving is one of the greatest form of prayers.”

He added that “thanksgiving is a source of all blessings,” just as he encouraged Mrs. Ufiofio to always be filled with gratitude to God.

Speaking further, he said that with her, history has been made in DELSU, adding that she is now a door opener to other females and a hope to the girl-child.

He continued: “A lot rests on your shoulder. I urge you to follow on with the leadership style of Christ.”

After the church service, a grand reception was held at the institution’s Sports Complex, Site III.

In his opening speech, Chairman, Governing Council, DELSU, Abraka, Professor Sam Oyovbaire, who also chaired the occasion, said that the event’s success was an acknowledgement of her desire for excellence.

According to him, to emerge as the Registrar, she went through a rigorous exercise and that she was picked because she is the best amongst the best.

He urged her to continue to do her job diligently, saying many have high expectations of her.

He also expressed hope that she will not disappoint.

Also present at the ceremony were the Vice Chancellor, DELSU, Prof Andy Egwunyenga and other principal staff of the institution.

Speaking to Oasis Magazine (OM) exclusively, Mrs. Ufiofio thanked God for the success of the event.

Furthermore, she said she has been prepared overtime for her new job, saying that she will do her best to properly discharge her duties.