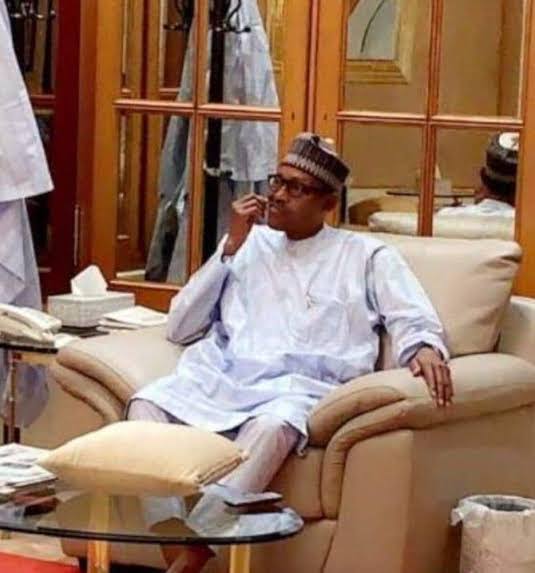 Since the President, Major General Muhammadu Buhari (retd), took office on May 29, 2015, his regime has allocated approximately N5.081tn for defence, including the appropriation of N4.669tn to the Federal Ministry of Defence from 2016 to date and $1bn (N412bn) for the purchase of military equipment.

This is despite the loss of 11,420 civilians and security personnel to Boko Haram insurgency and attacks by herdsmen and bandits between Buhari’s inauguration in May 2015 and July 2021.

The figure on the killings was obtained by a manual tally by our correspondents and the Nigeria Security Tracker, a project of the Council on Foreign Relations, an American think tank. Statistics were also sourced from the BBC, SBM Intelligence and Amnesty International.

Meanwhile, based on the 2016 Appropriation Act available on the website of the Budget Office of the Federation, a total of N443bn was allocated to the defence ministry, consisting of N312.2bn for recurrent expenditure and N130.8bn for capital expenditure.

In 2017, N483bn was budgeted for the ministry, including N330.4bn for recurrent expenditure and N138.6bn for capital expenditure.

In 2018, N576.3bn was allocated to the ministry, comprising N418.6bn for recurrent expenditure and N157.7bn for capital expenditure.

The defence ministry was expected to get N585.9bn in 2019, including N430.8bn for recurrent expenditure and N159.1bn for capital expenditure.

In 2020, N899.9bn was budgeted for the ministry, comprising N784bn for recurrent expenditure and N115.8bn for capital expenditure.

In 2021, N966.4bn was allocated to the ministry, including N838.5bn for recurrent expenditure and N127.8bn for capital expenditure.

The total recurrent expenditure budgeted for the ministry from 2016 to date is N3.11tn, while the capital expenditure amounts to N830.11bn.

However, the corresponding Budget Implementation Reports for 2016-2020, showed that a total of N575.9bn had been released for capital projects and programmes in the Ministry of Defence, representing 81.9 per cent of the total capital allocation for the five-year period.

The Budget Office has yet to release the Budget Implementation Report for 2021.

With the N575.9bn released to the defence ministry for capital projects (2016-2020 period) and the $1bn (412bn) released for the purchase of arms, the total defence spending on military equipment, including hardware and fighter jets is approximately N987.6bn. This figure is expected to increase to over N1tn by the time the Budget Implementation Report for 2021 is released.

More than N1tn spent on weapons, aircraft, others

Meanwhile, Buhari, on April 4, 2018, approved the sum of $1bn for military equipment, following a meeting with security chiefs at the Presidential Villa, Abuja.

Then Minister of Defence, Brig Gen Mansur Dan-Ali, who spoke to State House correspondents after the meeting, said, “Of recent, our leader, President Muhammadu Buhari, gave approval for the purchase of more equipment for the military, worth $1bn.”

Sunday PUNCH reported in April that the Ministry of Defence had purchased equipment for the Nigerian Army, Nigerian Navy and the Defence Intelligence Agency worth $99.5m (N37.9bn), out of the $1bn approved by the President.

In 2018, Buhari told the National Assembly that he had ordered the payment of $496m to the United States Government for the purchase of 12 Tucano aircraft ahead of legislative approval to withdraw the $1bn fund from the Excess Crude Account.

However, in March, the $1bn arms fund was engulfed in controversy when the National Security Adviser, Maj Gen Babagana Monguno (retd), alleged that the $1bn meant to purchase arms to tackle the insurgency had gone missing.

“I’m not saying the former service chiefs diverted the money, but the money is missing. We don’t know how, and nobody knows for now. I believe Mr President will investigate where the money went,” Monguno said.

Though the NSA recanted moments later, Nigerians were not deterred from calling for an investigation into how the $1bn arms fund was spent.

Similarly, the House of Representatives Ad Hoc Committee on the Need to Review the Purchase, Use and Control of Arms, Ammunition and Related Hardware by Military, Paramilitary and Other Law Enforcement Agencies in Nigeria vowed to investigate the “missing” arms and ammunition.

Defence budgets should be open to scrutiny –Gen Umahi

Some retired Army generals, who spoke to Sunday PUNCH in separate interviews, called for transparency in military spending.

A former Chairman of the South-East Security Committee, Major General Obi Umahi (retd), in an interview with our correspondent, called for a national security emergency that could effectively tackle the security situation, saying war was too important to be left to military generals.

Umahi said, “Issues of security should not be left to generals alone. It should go beyond general-ship. Are votes allocated to the armed forces not subject to the audit? We no longer run a closed military system. It doesn’t work anywhere else in the world. Security budget is open to scrutiny.

“All of us know that we are still in a very tight security situation. We all know that the security situation is still very poor and that is not to say the armed forces are not doing their level best, but it’s just that there may be a need for a total revisiting of the strategy.

“Security issues should involve the entire nation. It is no longer an affair that should be left to the security agencies. I have said before that there should be a national security emergency, where a body is set up involving all the stakeholders, and everybody can make suggestions.”

According to the retired general, the Federal Government has shown that it cannot see the whole gamut of the security situation.

He added, “It requires help, and security is for all of us, so we should all be partakers.”

Asked to assess the Commander-in-Chief’s handling of insecurity, Umahi noted that Buhari needed to expand his security information network.

“Every leader acts based on the information at his disposal. That is why I made the suggestion earlier that there should be an expansion of his sources of direct information. When there is a national security emergency, then there will be a wide range of opinions he will get from various parts of the country to help him address the security situation in Nigeria,” he said.

Similarly, a former military governor of the Old Western State and former Minister of Police Affairs, Major General David Jemibewon (retd), decried the number of casualties recorded by the military at the hands of insurgents, bandits and other criminals.

Two officers were on board the missing jet, which was later declared crashed and the whereabouts of the two airmen unknown to date.

Decrying the rising insecurity in the country, Jemibewon told Sunday PUNCH, “It’s frightening to the extent that people get scared now to even travel to their villages. I think it has a great effect on many issues—travelling, production, and so on.”

Asked if military casualties had any effect on the morale of other troops, he said, “Of course, it would! When troops go out and they lose a member, it affects morale, and where the good effect of training comes out is how they absorb the effect of the casualty.

“It’s like any family; when one loses a member of the family, however irresponsible he is, one feels touched, particularly given the circumstances under which he was lost. Though death is death, when it is from a sickness, you can sort of understand. But when it is in an accident, because of the tragedy and suddenness of the situation, it is more painful.

“Personally, one doesn’t feel happy with some of the things one reads and if they are true, I think we need to do something to curtail the effect it has on people who have faced great tragedy. I am not sure that anybody with my background can be happy with the situation.”

According to the retired general, something urgently needs to be done to reduce the amount of killings in the country. He urged the Federal Government to look into the allegations made by Monguno.

“I think those who are in control are in the best position to know whether there is a need for enquiry or not. But then, for people like us who are outside the circle of authority, we can only make proper comments along those lines, if we actually have facts leading to the statement that we are trying to examine.

“What is the evidence that this money was actually given out? For what purpose was it given out? What result were we expecting, if it has been properly applied? At the end of the exercise, did we get the result we expected? How was the money spent?

“If you have spent something based on a calculation you have made and you don’t get the result you want, then that’s a failure, in my view.

These are the things I would need to know. And as for those actually making allegations that the money was not appropriately appropriated, there may be a need to ask them questions,” he said.

When contacted on the telephone, the Senior Special Assistant to the President on Media and Publicity, Garba Shehu, said the Minister of Defence, Major General Bashir Magashi (retd.), was in the best position to talk on the matter.

“Since we have a Minister of Defence, who is open to talk, I would suggest you ask him about this,” he said.

Also, when contacted, the Special Assistant to the Minister of Defence on Media and Publicity, Mohammad Abdulkadri referred our correspondent to the Defence Headquarters for comment.

The Director, Defence Information, Major General Benjamin Sawyerr, did not pick our correspondent’s call and was yet to reply the text message sent to his line as of the time of filing this report.

However, a tally by Sunday PUNCH shows that at least 11, 420 Nigerians including security personnel and civilians have been killed by bandits, terrorists and herdsmen in the last six years.

The figure on the killings was obtained by a manual tally by one of our correspondents and the Nigeria Security Tracker, a project of the Council on Foreign Relations, an American think tank.

Statistics were also sourced from the BBC, SBM Intelligence and Amnesty International.

The report on killings, however, does not include assailants and persons killed by security personnel. The figure also does not include persons killed on a large scale by security personnel like the 236 Internally Displaced Persons mistakenly killed by the Nigerian Air Force killed in Rann, Borno State in January 2017 or the 300 members of the Islamic Movement of Nigeria who were allegedly murdered in 2015.

Also excluded from the report are persons killed by robbers, cultists or lost to communal clashes.

Victims of electoral violence are also not included in this report, indicating that the total figure on killings under Buhari could be double if all murders across the country are added.

In 2016, the figure dropped to 1, 460 based on a renewed offensive by the military which led to the killing of over 400 assailants and the rescue of over 500 hostages.

The casualty figure of unarmed civilians continued to drop into 2017 where 900 persons were killed by mainly Boko Haram but the shape of insecurity began to change gradually due to killings by herdsmen.

By 2018, the killings by herdsmen increased while the Boko Haram attacks dropped relatively. The activities of bandits in Sokoto, Zamfara, Katsina and Kaduna caused the casualty figure to rise to 2, 419.

Sunday PUNCH observed that the killings by herdsmen continued while banditry became a more common feature in media reports in Nigeria. About 2, 371 were killed by bandits, terrorists and violent herdsmen in 2019.