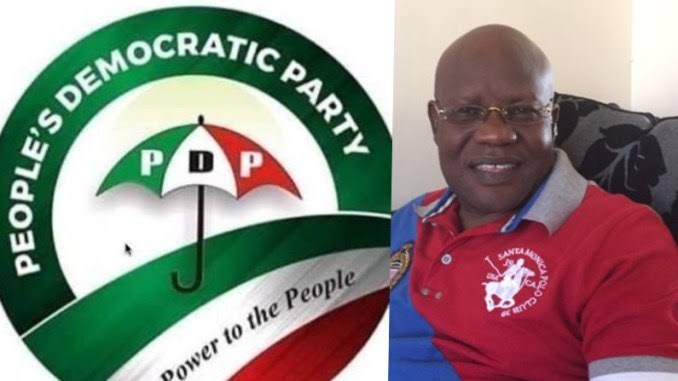 Odeyemi, in a letter dated August 4, 2021, obtained by Mouthpiece NGR apparently made U-turn withdrawing his resignation.

He said his decision to withdraw his resignation was taken in view of the activation of the internal method of resolving issues by our leaders across the length and breadth of Nigeria.

The letter read; “I write to withdraw my letter of Resignation as the Deputy National Publicity Secretary of our great party.

“This decision is taken in view of the activation of the internal method of resolving issues by our leaders across the length and breadth of Nigeria.

“I also wish to state expressly that whatever embarrassment the resignation has caused the party, its leaders, members and supporters is highly regretted.

“Most importantly, in view of the fact that the tenure of myself and other members of the present National Working Committee (NWC) will expire in another three months, it is my view that the boat should not be rocked under any guise.

“Consequently, I pledge my loyalty and commitment to the party and the Prince Uche Secondus led NWC, and will continue to play my roles to ensure a successful National Convention, which will usher in new national officers.

“May God endow our leaders with wisdom to navigate the ship of the party to a safe harbour. Amen.”