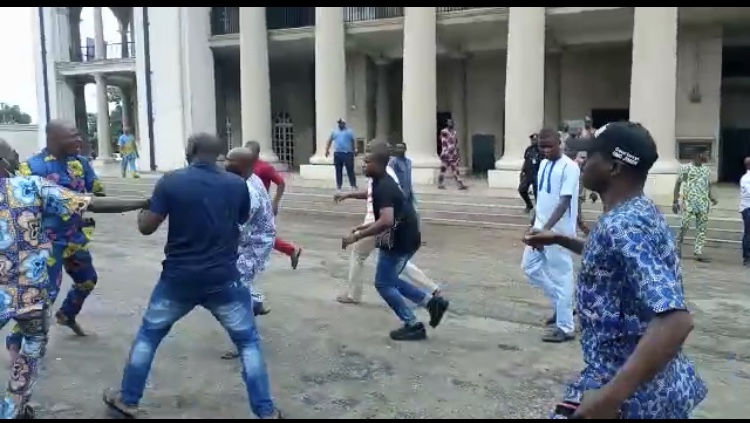 A Chieftain of People’s Democratic Party in Oyo State, Hon. Dare Adeleke has refuted allegations that he interfered in the affairs of the Ibadan Southeast sitting or mobilized thugs to beat the Council boss, Hon. Alawode Emmanuel Oluwole.

Adeleke’s dissafirmation came shortly after media reports in some quarters that he instigated the violence at Mapo hall, Ibadan, the Oyo state capital.

Speaking with Mouthpiece NGR on Thursday evening, Adeleke said it is not in his nature to interfere in a matter that doesn’t concern him, adding that the House business is solely shouldered on councilors.

The Executive Chairman of Pacesetter Transport Services, PTS further described the allegation as unfounded, baseless and void of any reasonability.

He said: “Those peddling the rumours that I instigated the violence that erupted at the Ibadan Southeast Local Government Area are just attention seekers, who are only trying to gain popularity through the back door to rubbish my personality.”

“As a man of intellect, I will not join the bandwagon of never-do- wells to perpetrate evil. I will use this medium to tell my people to turn deaf ears to their antics.”

“The allegation is baseless and unfounded. I won’t join issues with them, because they have nothing meaningful to offer the state, other than fueling crisis. I am a man of peace and I will remain a peaceful person which Governor ‘Seyi Makinde has seen in me.

“I was not at the council and I believe it is just an internal affairs that will be resolved soon.”

“God will judge, if I ever wish the chairman or any other person at otherside of success. Yet,we shall call stakeholders meeting to bring everyone back on track.”

“Alawode, is the most difficult chairman though. He wanted to control legislative arm, which the councillors vehemently objected to. So, how do I have any business in the violence that erupted?” Adeleke queried.