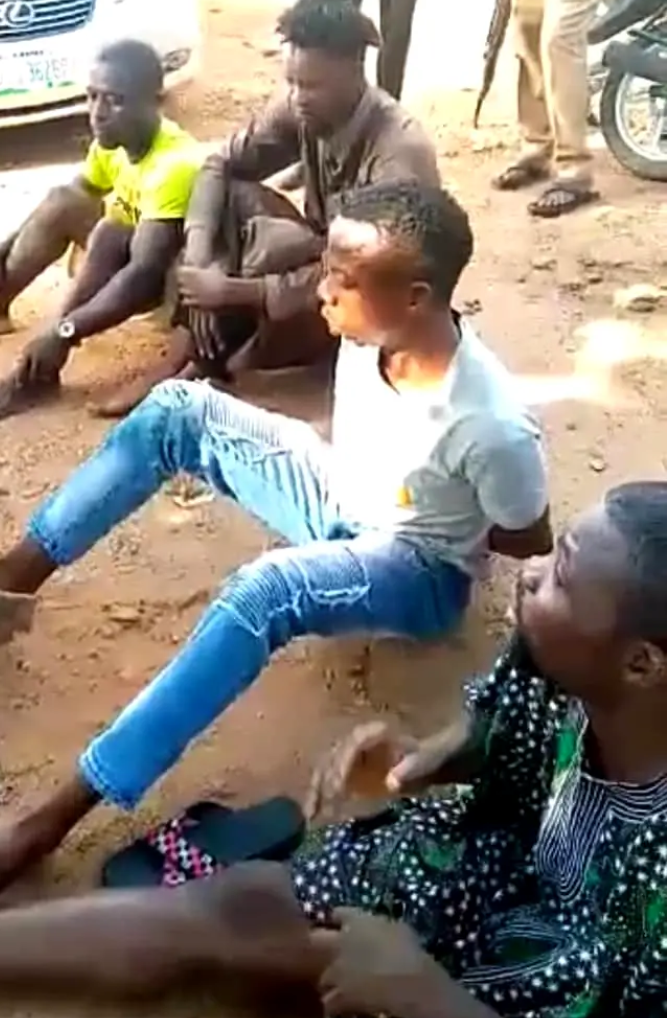 A member of a syndicate who specialises in exhuming corpses from a church cemetery in Ondo town, Ondo state, Lanre Akintola has confessed that they bought human parts from the attendants for a token of N5,000.

Another suspect, Clement Adesanoye also told newsmen when they were paraded by the police that human chest were sold to yahoo boys for rituals.

Five members of the syndicate were apprehended by a patrol team attached to Safer Highway Patrol in Ondo town , Ondo state.

Vanguard gathered that the syndicate with the connivance of the church cemetery attendants exhume corpses, severed human parts and sell them to herbalists.

Vanguard gathered that the patrol team stopped a commercial motorcyclist at about 10am and requested the passenger that that was carrying a big sac to alight for a search.

It was learnt that after the police officers searched the sack, they found human parts, which include male chest and various other parts that were not identified.

Odetola reportedly informed the police that he was taking the human parts to lfetedo.

The two suspects were immediately handed over to the policemen at Funbi Fagun Division for proper investigation.

Odetola later during interrogation made confessional statement to the police that the parts were given to him by one Lanre Akintola at Ife Garage and was to be delivered to his brother.

In an interview with newsmen, the suspect said “My brother sent me to Lanre to collect the parts from him “eran oniyo,” which means human parts.

“So, I collected the package from Lanre at Ife Garage, and immediately took a bike going to lfetedo only to be caught by the police at the check point.”

Another suspect, Lanre Akintola said that “one Clement Adesanoye, who works as an attendant at Okuudu cemetery gave me fresh male parts to deliver to one herbalist at lfetedo along Pele area.

” I later received a call from Opeyemi that his brother said he should collect the human parts from me, which I delivered to him and he gave me five thousand naira.”

On his part, Clement claimed that it was Alowonle Kehinde who sent Jubril Jimoh to him to collect the male chest he wanted to use for one ‘Yahoo’ boy in lfetedo.

“Two of them are herbalists, I only supply them with different human parts. I knew Alowonle through Jubril because he is a regular customer. I have known him for long.

Police detectives at Funbi Fagun Division said that the case had been transferred to the State Criminal Investigation Department (SCID) for further investigation.

The state police spokesperson, Tee Leo lkoro could not be reached for comment but a top police officer told newsmen in confidence that the five members syndicate specialises in exhuming corpses from the church cemetery, severe their parts and sell them to herbalists.