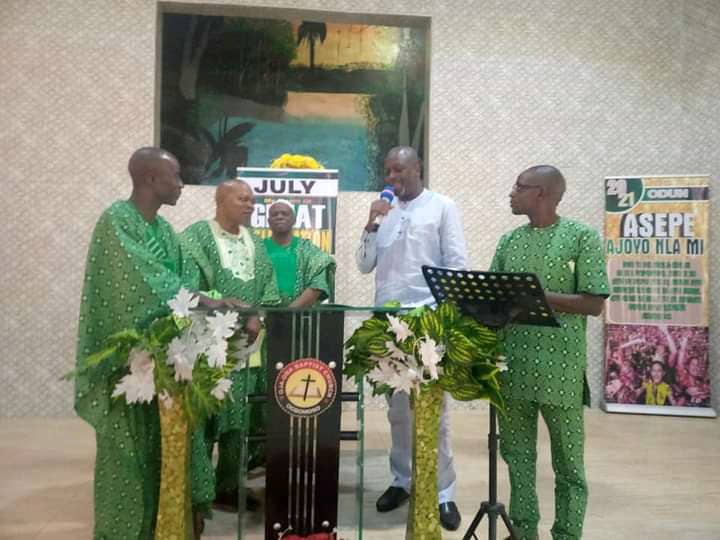 Ogunwuyi who was accompanied by some PDP stakeholders in Ogbomoso zone also promised the church a brand new bus.

Mouthpiece NGR understands that notable politicians in Ogbomoso were invited for Fund Raising— Evangelism Equipments at the Church.

The other guests also made their donations including Oyo State Former Governor, Adebayo Alao Akala, Hon. Megida were among those who sent in- representatives.