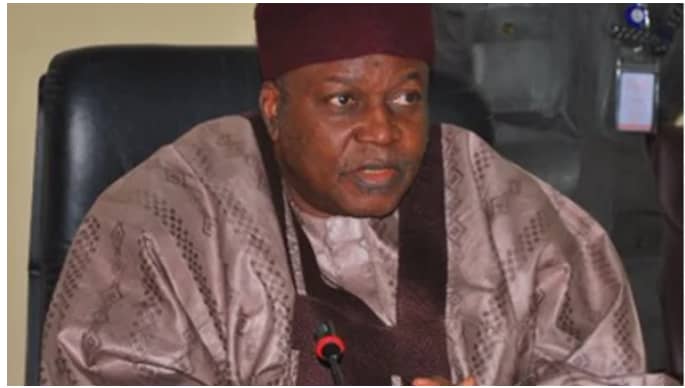 As part of measures to curb the rising insecurity in the country, Taraba State Governor, Darius Ishaku, has said that members of the National Youth Service Corps should be allowed to undergo military training in order to know how to handle guns for self-defence.

The governor also said the duration of the youth scheme should be extended from one year to two years to allow sufficient training for the graduates.

He stated this on Wednesday night when he featured in Channels Television’s ‘Politics Today’ programme monitored by Nationnewslead.

Ishaku, whose state is one of the North-East states affected by Boko Haram insurgency coupled with killings by armed militias, emphasised that citizens should be allowed to bear arms and defend themselves against their aggressors.

The governor said, “When the security can’t protect you, then something in the alternative must come in, we must be practical. Train people, give them practical induction, let them know what to do.

“The NYSC I will say should be two years. One year for compulsory military training and the other year for the social works that they are doing now so that anybody who graduates as an NYSC person can know how to handle the gun and defend himself just as it is done in Israel, Lebanon and other places, you must engage your citizens to be proactive. When you cannot provide security, you must allow the people to protect themselves.”

He lamented that bandits and terrorists terrorising people, wreaking unimaginable destruction and unprintable bloodshed in the North-East were being sponsored by some influential persons.

“There are sponsors, these are brand new AK-47s. How would a local man buy such an expensive weapon? It is in a video and all over the place where someone confessed that the guns were being given to them and they were being trained on how to use them. It is the work of the security agents to get to the roots of this.

“If they can go out of this country and capture somebody who is declaring independence, why is it impossible for them to defend our people who are being killed in the farms?” Ishaku queried.

He, however, expressed optimism that the insecurity in the region and in all parts of the country can be defeated when the political class and the security agents stamp their feet on the ground and are ready to end the menace.

Mouthpiece NGR recalls that the Director-General of the National Youth Service Corps, Brig. Gen. Shuaibu Ibrahim, said corps members are part of the national defence policy of Nigeria and can be mobilised for war if need be.

Ibrahim while reacting to moves to scrap the NYSC scheme which is compulsory for all Nigerians who graduate before the age of 30 had said, “You can imagine within the short three weeks in the orientation camps, the corps members are moulded. They are like soldiers. You see female corps members blowing the army horn, playing with the military band.

“So, if not for the knowledge, where are you going to mobilise such young Nigerians to train them quickly to put in their best for the country?

“So, corps members are on reserve. They are also part of the national defence policy. Parents should teach their children the spirit of patriotism.”