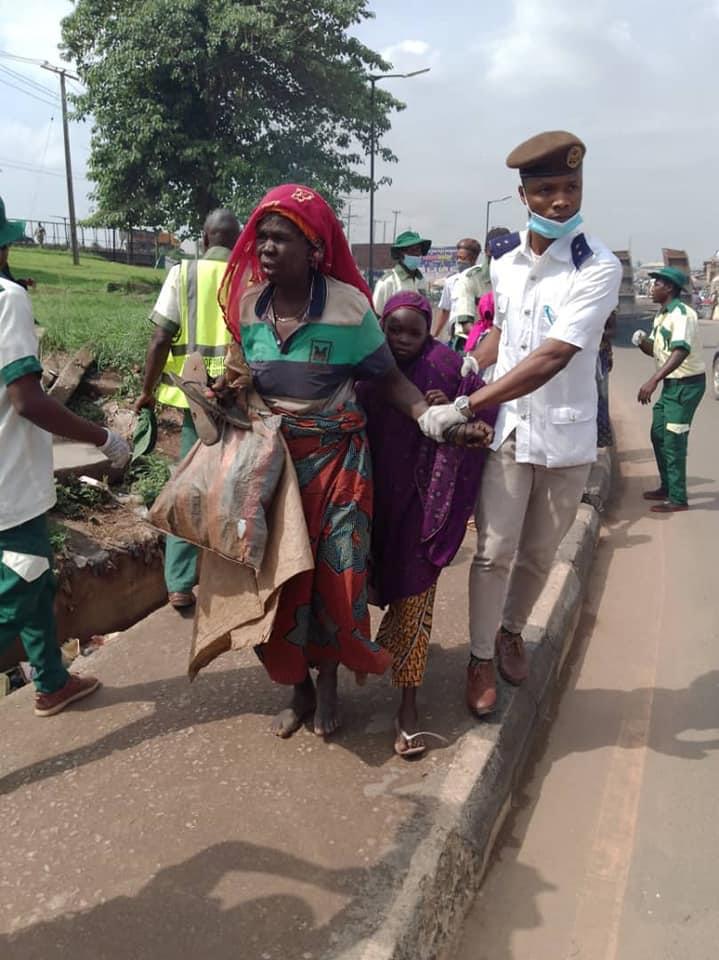 The Oyo State government, on Friday, evacuated 14 mentally ill persons and 86 destitute from some popular areas in Ibadan.

The evacuees were picked up at Mokola, Jemibewon, Challenge, Sango, Orita-UI and Ojoo areas of the state capital.

The exercise, third of its kind in 2021, was carried out by the staff of the Ministry of Environment in collaboration with the Ministry of Women Affairs and Social Inclusion.

The exercise was quite challenging for the government officials as some of the mentally sick evacuees restricted being taken away but the security backup provided by the Police made the operation a success, the statement read.

All the evacuees were later moved to the Rescue Centre, situated at Akinyele village, for profiling.

Speaking with newsmen, the Permanent Secretary, Ministry of Women Affairs and Social Inclusion, Mrs. Christiana Abioye, said the exercise was aimed at achieving mass evacuation of destitute, including beggars and mentally sick.

Abioye said the exercise was to ensure that the lives of the destitute and that of the general public were safe and secured.

According to her, “the presence of the destitute in the society poses danger, as some of them could be  agents for criminals, adding that the present administration under the leadership of Governor Seyi Makinde state is committed to ridding the state of destitute.

She stated that the exercise is continuous, promising that the well-being of all the evacuees would be ensured and that adequate care would be given to them.

Adeoye said: “Government will feed the evacuees at the Rescue Centre three times in a day. The facility is habitable.”

According to her, those that are mentally ill will be moved to the psychiatric section at the Adeoyo State Hospital, Ring Road, for medical attention.

Equally, the Permanent Secretary of the Ministry of Health , Dr. Mufutau Ayoola, said a team of medical personnel were on ground to attend to the health challenges of any of the evacuees.

Ayoola said that his team, in collaboration with other ministries, would be giving the evacuees health education and sensitising them on the need to maintain hygienic environment.

He ruled out the possibility of outbreak of any disease at the Centre, saying his ministry would ensure that all the evacuees were given proper attention health-wise.